Commercial real estate transaction volume has declined from its 2016 peak, but remained relatively strong in 2017 and the beginning of 2018 compared to the early years of the current cycle. 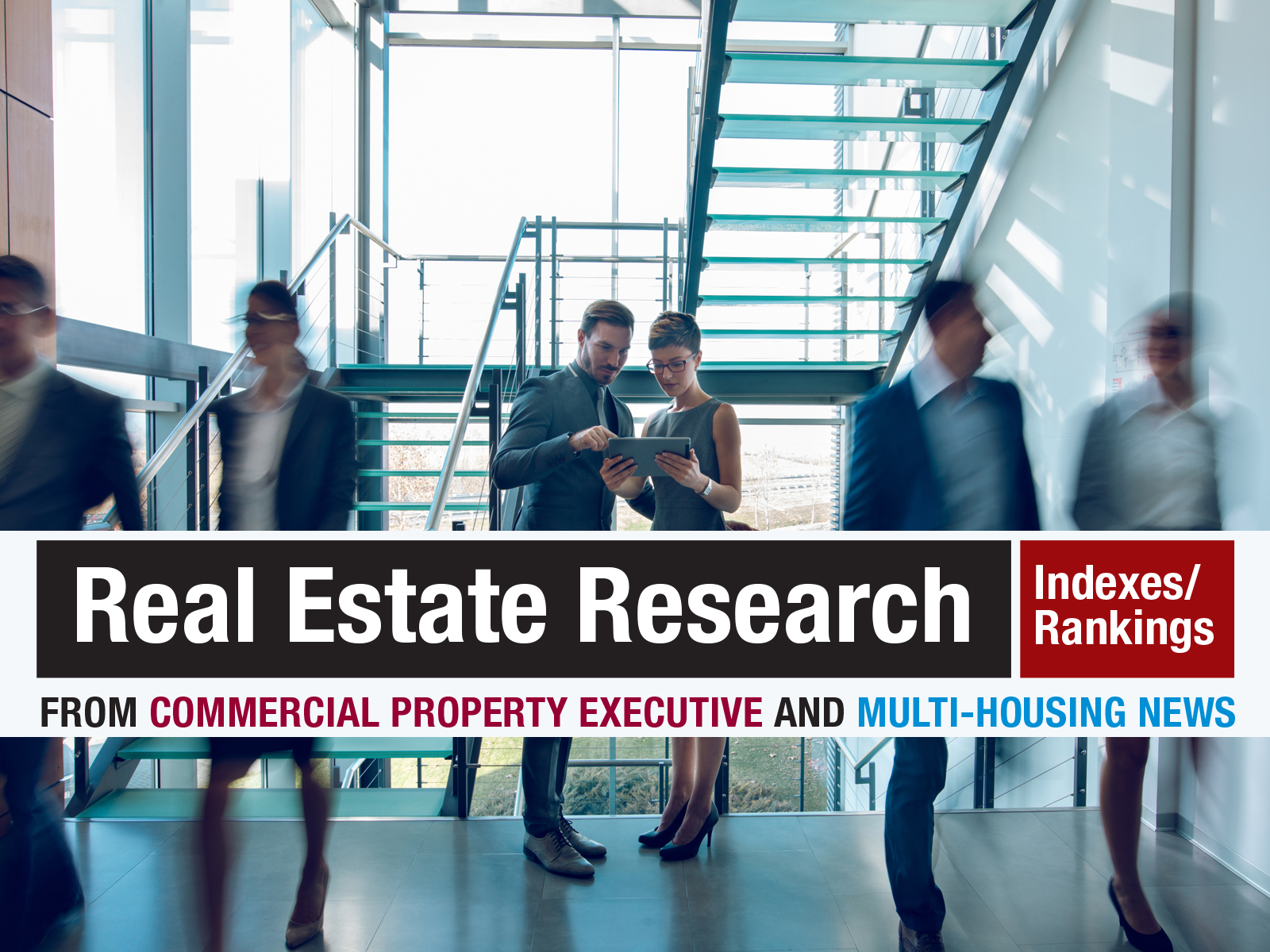 Commercial real estate transaction volume has declined from its 2016 peak, but remained relatively strong in 2017 and the beginning of 2018 compared to the early years of the current cycle. Commercial real estate remains an attractive asset class for many investors, however rising interest rates and stagnant cap rates are making it difficult to earn significant returns on certain deals and in specific markets. As the spread between property yields and the cost of debt compresses, transaction volume may continue to decline from cycle peaks. Despite the increase in financing costs, however, ample capital remains available to invest in commercial real estate, and investors will likely remain active. Real estate market participants will look to the nation’s leading brokerage firms to assist them in carrying out their deals.

For more than a decade, CBRE has topped our annual Most Powerful Brokerage Firms ranking. In 2017, the firm reached nearly $220 billion in investment sales transactions, marking the third year in the row that the firm has hit more than $200 billion in investment sales volume. Following closely behind was Cushman & Wakefield, which closed more than $87 billion in sales and leased nearly a half billion square feet of commercial real estate. In total, roughly 40,000 brokers from the firms represented in the 2018 rankings transacted $726 billion in sales across all major property classes. While 2018 may be a less active year for the commercial real estate industry, with some brokerage firms experiencing flat or declining growth, expect the industry-leading brokerage firms to once again represent the vast majority of market transactions.

The CPE-MHN rankings of the Most Powerful Brokerage Firms utilized self-reported data for all firms. The ranking is a weighted formula based on a variety of factors, including firm performance in 2017 and over time, using factors like investment sales and leasing activity. The rankings represents what we feel is a logical balance between firm growth and market share. Ranking factors are not limited to the data that appear on this page.

You’ll find more on this topic in the June 2018 issue of MHN.