Search for Yield Intensifies in 2018: NMHC

Industry experts at NMHC’s annual Apartment Strategies Outlook Conference in Orlando discussed the current "Goldilocks" economy and why 2018 might be tough for investors. 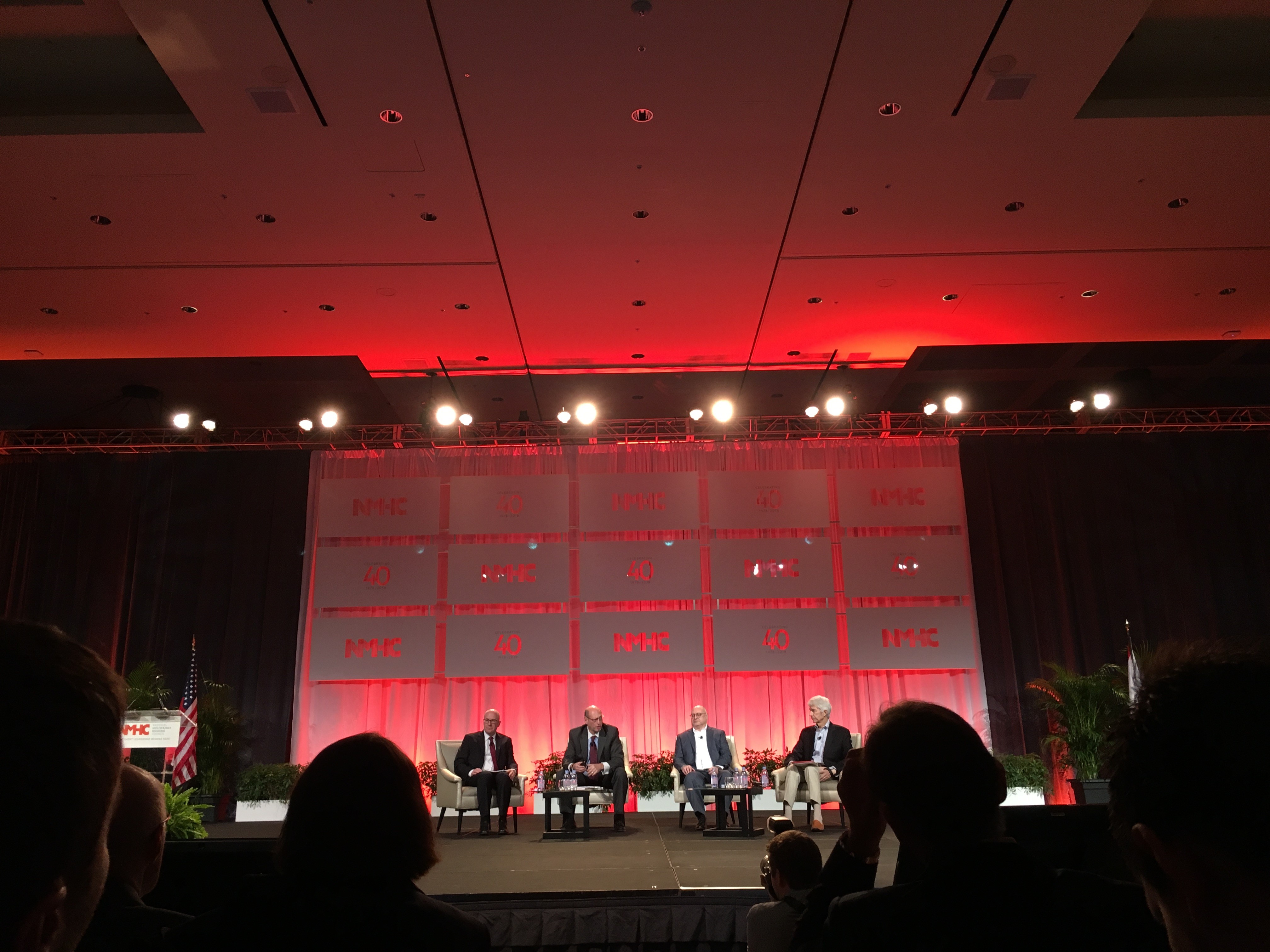 Industry experts kicked off the National Multifamily Housing Council’s annual Apartment Strategies Outlook Conference in Orlando by giving their predictions for the year ahead. The conference had a heavy focus on the “search for yield in a market full of mixed signals,” according to Doug Bibby, president of NMHC.

According to Richard Barkham, global chief economist at CBRE, the current state of the economy can relate closely to the story of Goldilocks. “We’ve got an economy which is neither too hot nor too cold,” said Barkham, and that sentiment was echoed throughout the day. The economy has experienced reasonable growth over the last three years, but according to Jeff Adler, vice president at Yardi Matrix, 2018 will be a tougher grind, forcing investors to be more selective.

These “late-in-the-cycle investment themes,” as Adler coined them, were further explained by Greg Willett, chief economist of RealPage Inc. Willett noted that a key takeaway in this environment is that operational expertise and individual property stories are becoming increasingly important as rent growth across metros is compressing and premiums for the right market selection are becoming smaller. Willett also agreed with Adler’s point that it may be worth exploring outside of top cities and CBD neighborhoods, as Willett found that more working-class neighborhoods are experiencing higher annual rent growth than their counterpart areas.

Jay Lybik, vice president of research services at Marcus & Millichap, provided a more focused analysis of investment opportunities. According to Lybik, the difference between Class A and Class B apartment rents have gradually increased since 2000, and the largest rent gaps between Class A and Class B apartments were predominately in large primary cities such as Boston, New York, Chicago and Los Angeles, while there were smaller spreads between asset classes in secondary markets such as Las Vegas, Phoenix and Portland.

So, as Barkham asked the crowd, “Should we, in this Goldilocks economy, be scared?” The overall sentiment of the four experts on stage seemed to indicate that although we are in what was described as the “late stage,” the multifamily industry still has a good run for the next few years. It will take more work and thought to generate the returns that may have been easily obtained in the past few years, but according to Lybik, “2018 is going to be an overall good year for the apartment industry.”