200K-Plus Apartment Units in the Path of Hurricane Michael

More than 205,000 multifamily units in Florida, Georgia, South Carolina, North Carolina and Virginia were in the path of Hurricane Michael, which came ashore in Florida as one of the strongest ever to hit the U.S. 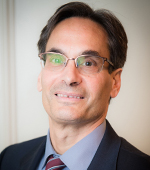 More than 205,000 multifamily units in Florida, Georgia, South Carolina, North Carolina and Virginia were in the path of Hurricane Michael, which came ashore in Florida on Wednesday as one of the strongest storms to hit the U.S. in modern history.

Cities that were in the hurricane’s path with the most multifamily units include Virginia Beach, Va. (36,317 units); Wilmington, N.C. (33,423 units); and Tallahassee, Fla. (32,277 units), according to Yardi Matrix’s database, which encompasses properties with 50 or more units. It’s not known yet how much damage any of these properties suffered, but Yardi will continue to monitor the situation.

Hurricane Michael, a category 4 storm, came ashore Wednesday along the Florida Panhandle and made its way inland through several southern states. Authorities said that more than 900,000 homes lost power for at least some time. Many of those homes remained without power a day later, and authorities are working round the clock to fix damage from falling trees and flooding. The Associated Press reports that 37 people have died as a result of the storm, and Moody’s Analytics estimates total damage at between $16 billion and $20 billion.

Early indications are that the brunt of the damage was borne by single-family and trailer homes, which could produce demand for apartment units in the short term as homeowners seek shelter for families whose homes were destroyed or damaged. What’s more, the cleanup effort could also siphon construction workers who otherwise would be working on new developments. A similar dynamic occurred in Houston last year, as the metro’s multifamily stock received a bump in occupancies from homeowners displaced by Hurricane Harvey.