The joint venture's Motion at Dadeland has 294 units and 8,000 square feet of ground-floor retail space. Amenities will include poolside cabanas, communal sun loungers, party lounge and a coworking center. 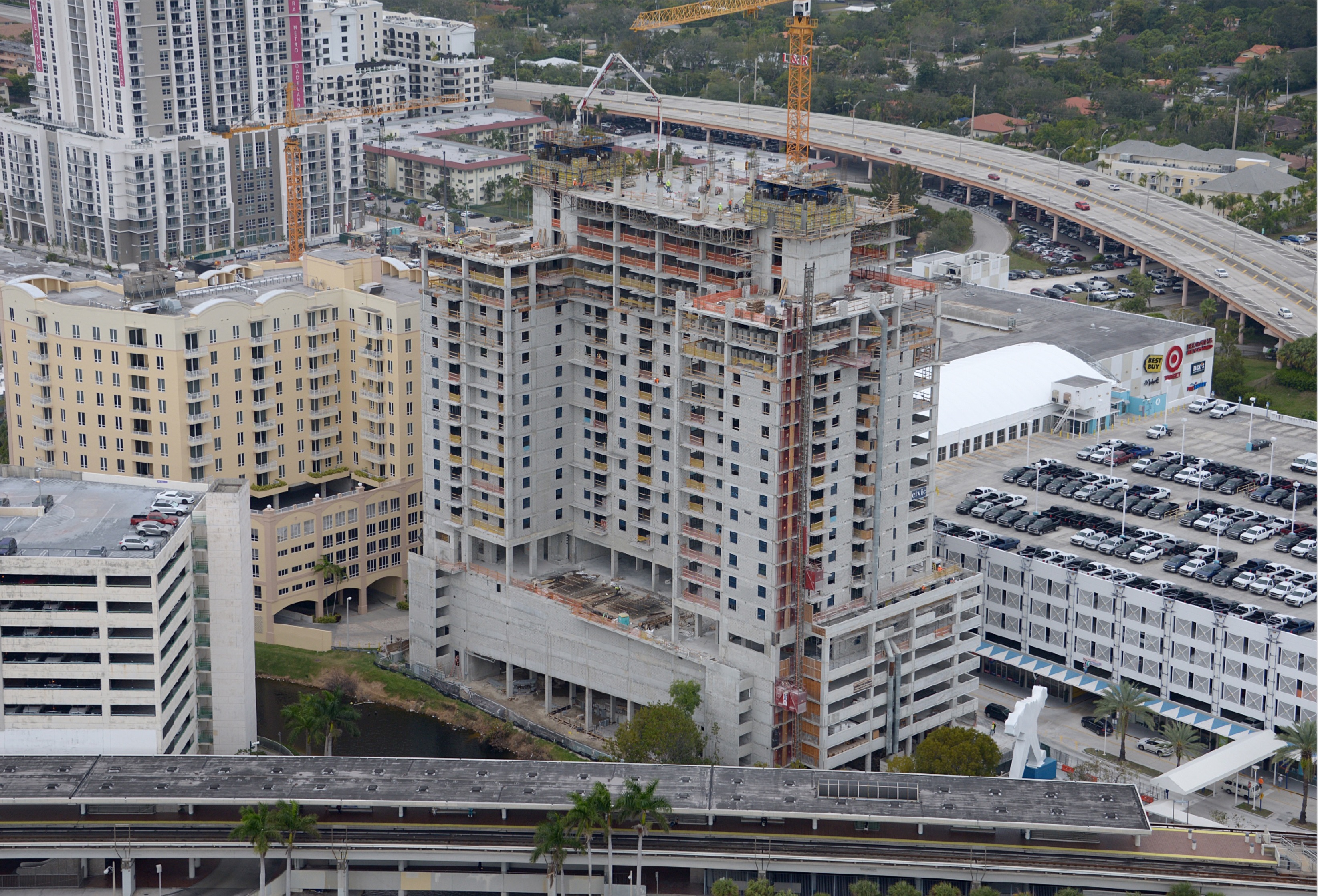 13th Floor Investments and Adler Group have topped off Motion at Dadeland, their mixed-use project next to the Dadeland North Metrorail station in Miami. The 25-story project will include 294 units and about 8,000 square feet of ground-floor retail space.

With its location near the Metrorail station, the property counts as transit-oriented, with access to downtown Miami and other areas. Motion at Dadeland broke ground in October 2016 and remains on track for completion in the late summer of 2018, with Civic Construction as general contractor for the project.

According to the developers, the community will feature condo-quality unit finishes with views of Biscayne Bay and Downtown Miami. Common amenities will include a fitness center with bay and skyline views, pool deck, poolside cabanas, communal sun loungers, covered seating, party lounge and a coworking center for its residents.

Miami has seen a lot of apartment development in recent years, especially in upper-end product, and occupancy and rental growth has been strong. But there are hints that the market is slowing down.

Yardi Matrix reported in January that metro Miami’s rent grew 1.3 percent in the 12 months since December 2016, which is a lower rate than most major U.S. markets, including Florida markets such as Tampa (up 3.4 percent for the year) and Orlando (up a robust 5.5 percent). Job growth, however, isn’t bad in Miami, up 2.5 percent year-over-year in October 2017, so presumably that will add some demand for apartments.

Apartment supply is still growing in Miami, up 4 percent over the year. Yardi Matrix puts Miami-area apartment occupancy at 94.9 percent as of October 2017, which is historically solid. But a year earlier, occupancy for the market were 95.9 percent.