Experts weigh in on finance, development and more as the industry assesses the Fed's latest move. 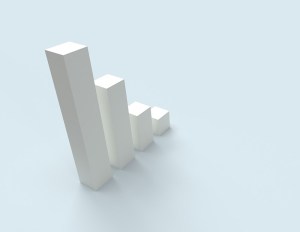 In a widely anticipated step, the Federal Reserve on Tuesday announced the sixth interest rate hike of the year. For the fourth consecutive time, rates will climb 75 basis points.

The Fed also indicated that in an effort to combat inflation, it anticipates more increases in the target federal funds rate range, which sits at 3.75 percent to 4 percent following today’s action.

The increase was announced only six weeks after the most recent hike brought the baseline rate from 3 percent to 3.25 percent. The rising cost of capital adds to the economic trends placing pressure on the industry, including inflation, labor shortages, rising wages and supply-chain issues.

In the midst of economic uncertainty, multifamily experts are weighing in on how the Fed’s decision impacts the industry.

The effects of the rate hikes thus far have continued building. Many lenders which were previously willing to provide funding to the real estate market are no longer as keen. With the volatility surrounding financing, lenders are feeling pressure from regulators. As borrowing rates shift quickly, financing has become more difficult to come by. While there are options, with big banks largely out of the markets, acquisition and development deals are slowing.

“There is no question that the incremental effects have accumulated to a point where borrowing costs have pretty much doubled in many cases,” Noah Hochman, co-chief investment officer & head of capital markets for TruAmerica Multifamily, told Multi-Housing News. “Part of it is that the actual borrowing rates are higher and part of it is that many lenders that were providing debt for the market are out of the market right now. That includes debt funds, CMBS, and other types of securitized type debt products.”

John Choi, director at George Smith Partners, spoke similarly of capital markets trends. “In the past three months, we have seen lenders of all types—debt funds, banks, credit unions, (life companies)—cease new originations indefinitely or state they are pausing through the rest of 2022,” Choi told MHN.

When it comes to multifamily, however, this volatility can be less intense if owners and developers are able to secure funding from Fannie Mae and Freddie Mac. The government-sponsored enterprises “are filling their role, which is providing liquidity in the housing space,” said Hochman. He added that if a property meets the GSEs’ mission-driven requirements, the agencies still offer attractive financing.

READ ALSO: Is the Fed’s Painful Ounce of Prevention Worth a Pound of Cure?

Dori Nolan, senior vice president of client services at Berkadia, says that the acquisition and development markets are seizing up and will continue to be anemic due to the market’s uncertainty. She believes the slowing activity is a direct result of rising interest rates.

“On the development side, LP capital is not as plentiful, construction financing is difficult to secure and sellers haven’t adjusted land prices yet, putting many development projects currently on hold,” Nolan told Multi-Housing News. “On the acquisition front, investors are grappling with a higher cost of capital. Investors are revising total return targets in response to capital markets volatility. We are seeing (fewer) buyers willing to acquire with negative arbitrage wanting to be in a neutral position (on) day one.”

Deals are still occurring, but at a much slower rate. Mark Obrinsky, chief economist at the National Multifamily Housing Council (NMHC), said in prepared remarks last week that because of higher costs for both debt and equity, the market for apartment transactions has almost come to a standstill. Lower rent growth paired with higher vacancy leaves sellers unwilling to accommodate the high rate of return buyers are looking for.

A survey by NMHC indicates that multifamily sales volume has declined for the fourth consecutive quarter. Similarly, for the past three quarters, equity financing has become less available. With higher interest rates combined with increased costs of materials and labor, development and acquisition are steadily decelerating.

While transaction volume changes can be attributed to rising interest rates, Choi notes that there are also other factors at hand. “Certainly, higher rates have resulted in some deals no longer penciling,” said Choi. “On the other hand, global economic uncertainty led by inflation and reserve bank (re)actions, and geopolitical uncertainty including the Russia-Ukraine war, China-Taiwan tensions, among many others, is really hampering capital providers from adequately assessing and pricing risk, which in part explains volatility in spreads and all-in pricing.”

One of the reasons for this slowdown is the bid-ask gap between buyers and sellers. “In the acquisition market, the volume has dropped precipitously because borrowing rates have moved so quickly,” said Hochman. “It is very difficult to finance deals. I think people are wed to valuations that existed earlier this year.”

With assets also continuing to perform well, investors have less incentive to sell and often place deals on the back burner. “You continue to have very strong operational fundamentals (in multifamily),” Hochman observed. “Owners are still getting 5 percent to 15 percent organic rent growth right now.”

While institutional demand may be slow to pick up, the bid-ask gap will shrink once valuations become more transparent and economic uncertainty diminishes.  “Truly, it’s just math,” Nolan said. The increased cost of debt at lower leverage is pushing the weighted average cost of capital higher, which in turn creates the bid-ask gap, she added. “When interest rates stabilize and a new normal is established in terms of pricing expectations, institutional demand will pick up.”

Transaction data by Real Capital Analytics, cited by Nolan, demonstrates that there were 1,753 multifamily trades between June and September of this year, a 19 percent decline from the same period of 2021.

“There were 614 sales totaling $24 billion in September 2021, resulting in a year-over-year difference of 35 percent in transaction volume and a 39 percent decline in the number of properties sold,” Nolan noted. Another significant change in the makeup of buyers and sellers: “The non-traded REITs, (which) were the most active buyers in 2021 and the beginning of 2022, are now less active due to redemptions. The public REITs and (Open-End Diversified Core Equity Index) funds are also pausing.”

She continued to note that private investors which have been less dependent on debt, like 1031 exchange buyers and closed-end real estate funds, are currently the most active in the market.

While there are challenges to come for all sectors of the commercial real estate industry, observers agree on one trend: Despite the repeated upticks in interest rates, multifamily will likely remain favored by investors.