By Adriana Pop
May 26, 2016
CondoDevelopmentLuxuryNewsWest

The Howard Hughes Corp. celebrated the topping out of Waiea, the company’s first residential high-rise in the Ward Village master-planned community in Honolulu. 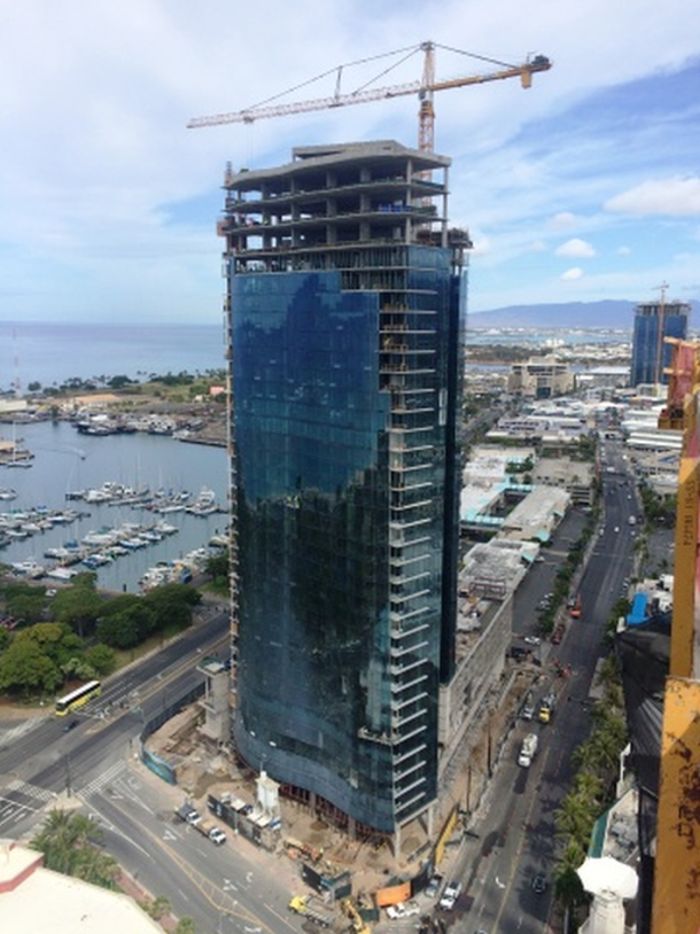 Honolulu—The Howard Hughes Corp. has announced the topping out of Waiea, the company’s first residential condominium tower to be completed at Ward Village, a 60-acre master planned community located in the Honolulu neighborhood of Kakaako.

Construction on Waiea (meaning “water of life” in Hawaiian) began in June 2014. Upon completion later this year, the 36-story high-rise will feature 175 luxury units.

“The topping out of Waiea is a memorable moment for Ward Village as it moves ahead on its way to becoming one of the great urban master planned communities in the world,” David Weinreb, CEO of The Howard Hughes Corp., said.

Howard Hughes has two other residential towers under construction at Ward Village—the 318-unit Anaha and the 466-unit Aeo, which includes Hawaii’s flagship Whole Foods Market. The developer also launched sales for the first high-rise within Gateway Towers, which would replace Ward Warehouse, as well as for Ke Kilohana, with 90 percent of its units under contract, the Pacific Business News reported. Construction on this project is scheduled to begin later this year.