The development will consist of more than 880 beds and related amenity spaces in two main buildings to be completed in 2019. 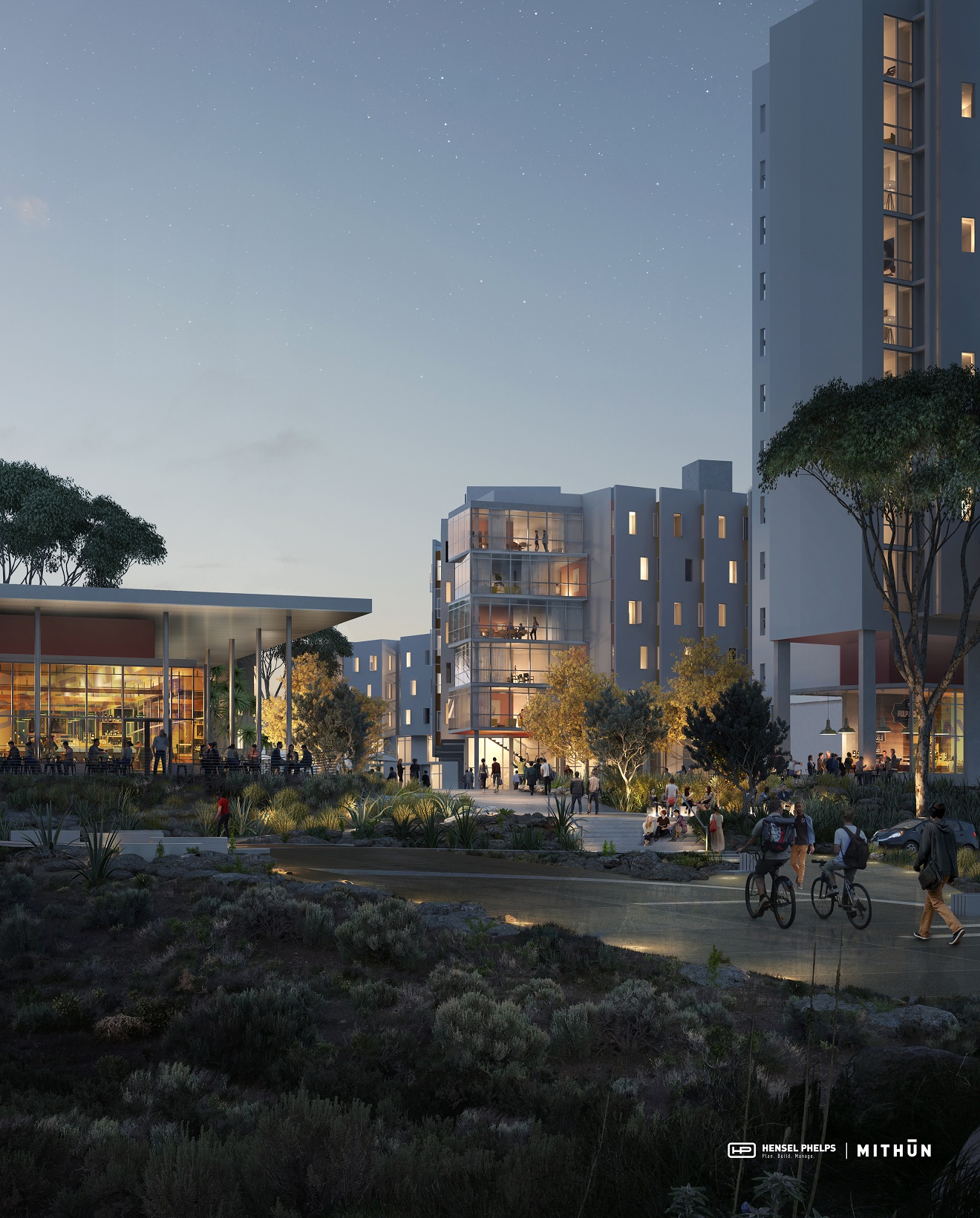 Among the 880-plus beds will be 80 beds for families and patients undergoing medical treatments at the adjacent UCSD medical center. The property will also include 1,350 parking stalls; outdoor gathering spaces; and a market and café. The second phase of the project will be directly adjacent to first phase, Mesa Nueva Graduate Student Housing, which is currently in construction with a completion slated for later this year.

Nuevo West will be designed to meet LEED Gold certification and utilize passive solar and thermal stack effect principles to achieve high-performance building energy goals. A cast-in-place concrete structural frame will creates thermal mass to provide passive cooling, and a transpired collector system will enhance ventilation by heating air contained in an internal “solar chimney” that creates a stack effect to pull in cool air through openings at the end of corridors and common spaces.

UC San Diego, founded in 1960, has grown in recent years to encompass six undergraduate colleges and 11 divisions and schools, with about 33,700 students. Scripps Institution of Oceanography, founded in the early 1900s and now a division of the university, served as a catalyst and an incubator for UC San Diego’s initial growth.