The joint venture acquired the 424-unit Galleria Palms in Tempe, Ariz., and the 456-unit Aviata in Las Vegas. 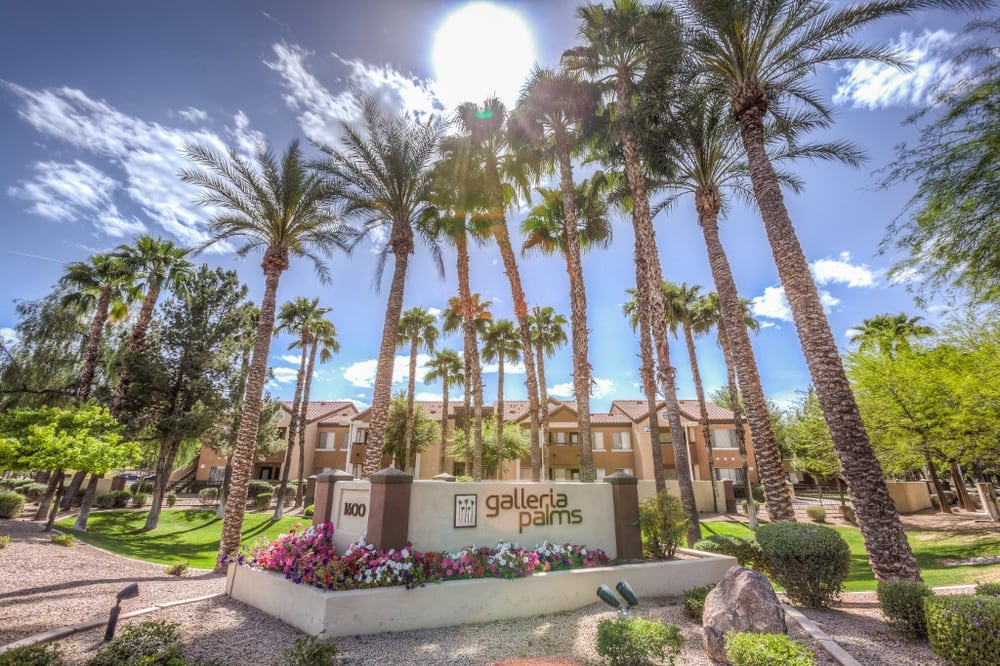 Los Angeles, Calif.-based TruAmerica Multifamily, in a joint venture with funds managed by Oaktree Capital Management LP, has purchased a pair of multifamily assets in separate transactions totaling $142.1 million. One property is in the greater Phoenix, area, the other in metropolitan Las Vegas.

A 424-unit multifamily property in the Phoenix submarket of Tempe, Galleria Palms was purchased for $75.1 million. The 21-year-old apartment community on a 27-acre site represents one of the very limited number of low-density, garden-style communities in Tempe. It features one to three-bedroom units with full-size washer-dryers and walk-in closets. Among the community amenities are two swimming pools and spas, clubhouse and fitness center.

Two freeways, U.S. 60 and I-10, serve Galleria Palms. It is situated within a 20-minute drive of more than a half million jobs. Galleria Palms is the fifth asset in greater Phoenix for TruAmerica, whose local portfolio now consists of just under 2,000 units.

“These are special properties in high quality Phoenix and Las Vegas locations that we expect to outperform as we enter the mature phase of this economic cycle,” TruAmerica senior managing director of capital markets Noah Hockman told MHN.

“The properties were long-term holds from the previous owners and will benefit from fresh capital. Both Phoenix and Vegas are expected to see rent growth higher than the national average over the next several years as the lower cost of living and business friendly environments have become magnets for new jobs driving people to relocate to these cities.  The local economies that were once reliant on construction jobs have become more diverse in this cycle and [it] makes for a compelling investment thesis.”

In a $67 million off-market transaction, the joint venture also acquired Aviata, a 456-unit multifamily property in the Henderson-Paradise Valley submarket of Las Vegas.

The 20-year-old property provides a blend of one- and two-bedroom residences, whose features include nine-foot ceilings, central heating and air-conditioning, full-size washer-dryers and walk-in closets. Among the hallmarks of the property are some of the lushest, densest landscaped grounds in the Las Vegas Valley. With the Aviata acquisition, TruAmerica has made eight investments in the Las Vegas area, and its regional portfolio has been swelled to 3,251

“We like the long-term outlook for Phoenix and Las Vegas based upon positive demographics and the high demand for rental housing,” added Oaktree managing direct Mark Jacobs.

“As we continue to expand our income producing, core-plus business through strategic relationships, we’re pleased to be partnering with an established operating partner like TruAmerica.”

Noted Zach Rivas, TruAmerica director of acquisitions, “With our existing influence in the market, there is an opportunity to achieve synergy through economics of scale and leveraging existing operational experience . . . The Southeast Valley’s robust job market, along with Aviata’s central location and its high quality of construction make it a solid addition to TruAmerica’s already strong presence in Las Vegas.”

TruAmerica has for some time cultivated a relationship with Oaktree. The shared vision of the pair brought about the two acquisitions, said Noah Hochman, TruAmerica senior managing director of capital markets. “It was a pleasure to work side-by-side with their team,” he said. “We plan to pursue other investments together in the near future.”