Despite two strong years for inventory growth, demand for new units has continued to grow across the metro, putting pressure on builders. Overall, rental projects have stayed moderate in size—up to 250 units.

Just like in several other large metros, rent growth in Indianapolis has slowed down over the past few months. Meanwhile, average rents ($877) continue to significantly trail the national average of $1,381. The affordable rents, paired with a surge in job creation, especially in the technology sector, have led to an increase in population as well. As a result, rental demand remained high across the metro.

Where supply is concerned, 2017 was a strong year, the second strongest of the past eight. More than 3,000 new units came online, a good share of which were located in the downtown area. Development is expected to continue to surge, according to recent Yardi Matrix data. As of May, there were 4,000 more units in properties under construction, which should provide a good number of new apartments during the next four quarters.

The list below highlights the 10 largest multifamily properties completed during the previous 12 months across the metro. 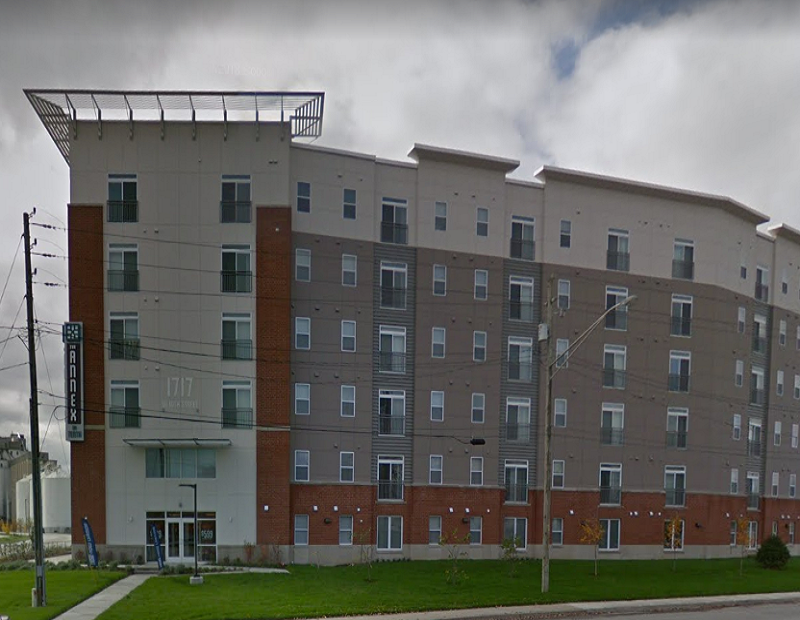 The 107-unit community provides student housing in the Indianapolis Center submarket, being close to Indiana University -Purdue University and a number of hospitals and medical research centers. Located at 1717 W. 10th St., in an Opportunity Zone, the six-story building offers single, one-, two- and four-story apartments as well as 160 parking spaces. Amenities include a business center, clubhouse and fitness center. Monthly rents vary between $881 and $2,387.

9. The Congress at Library Square

The 111-unit community is part of Library Square, a micro-neighborhood located near the Indianapolis Central Library, which also includes The Ambassador and The Plaza. The Congress is the most recent among all three assets, being owned and developed by Buckingham Cos. It offers residents an array of features and amenities which include kitchen granite countertops and energy efficient appliances in all units, rooftop terraces, grilling stations, a fitness center, media lounge and private internet lounges. The property is located at 923 N. Meridian St. 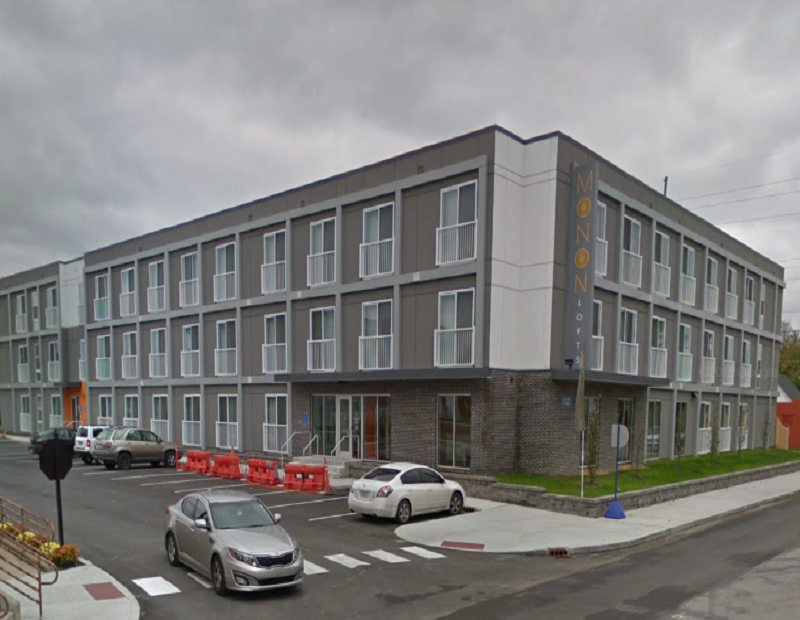 TWG Development broke ground on this partially luxury, partially affordable community in 2016, on a site which used to host the Gleaners Food Bank property. The asset, which encompasses 142 one- and two-bedroom units is subject to a $14.5 million loan issued by Indiana Housing and Community Development Authority with The Huntington National Bank as trustee. Located at 1122 E. 16th St., Monon Lofts is part of the more quiet side of the 16th Street offering residents access to Festiva, The Harrison Arts Center, Tinker Street and Foundry Provisions.

Indianapolis-Washington east, one of the priciest submarkets in the city, is also home to The Coil, a 151-unit community located at 6349 N. College Ave. In addition to the residential component, the property also includes 34,000 square feet of retail space. A Browning Investments asset, The Coil offers a mix of studio-, one- and two-bedroom layouts ranging in size between 500 and 1,500 square feet. Less than a year after its opening, the community was 80 percent leased, with monthly rents averaging $1,500. 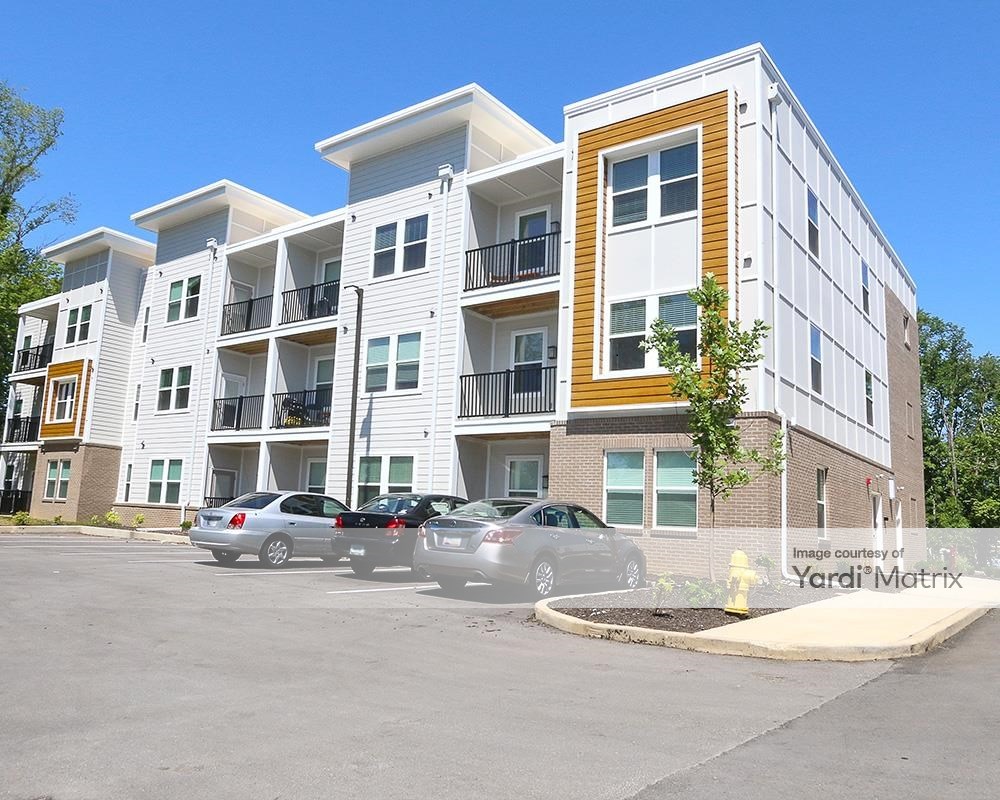 Echo Park, an H.M. Mac development completed in partnership with Sila Capital, opened in the fall of 2017. The garden-style community encompasses three buildings and a total of 274 units and is located at 2780 S. Walnut St. Pike in Bloomington, a few blocks from Indiana University at Bloomington. The property is equipped with luxury amenities such as a resort-style swimming pool, deluxe coffee bar, theater room, fitness center and a soon-to-come dog park. Monthly rents average about $1,200. Earlier this year, the developer refinanced its initial construction loan of $12 million via a $14.2 million loan originated by Merchants Bank of Indiana.

Located at 501 N. Capitol Ave. in downtown Indianapolis, the luxury student housing community is a few blocks from IUPUI and Circle Center Mall. It features a mix of 196 studio-, one- , two- and four-bedroom units as well as 3,100 square feet of retail space. Amenities include a fitness center, business center, clubhouse, basketball court and swimming pool. Rents vary from $1,100 to $3,300. The property was part of a $1.1 billion portfolio deal that Scion Student Communities—a joint venture between Canada Pension Plan Investment Board, GIC and The Scion Group—closed at the beginning of the year, which included 24 assets across 20 university campus markets. 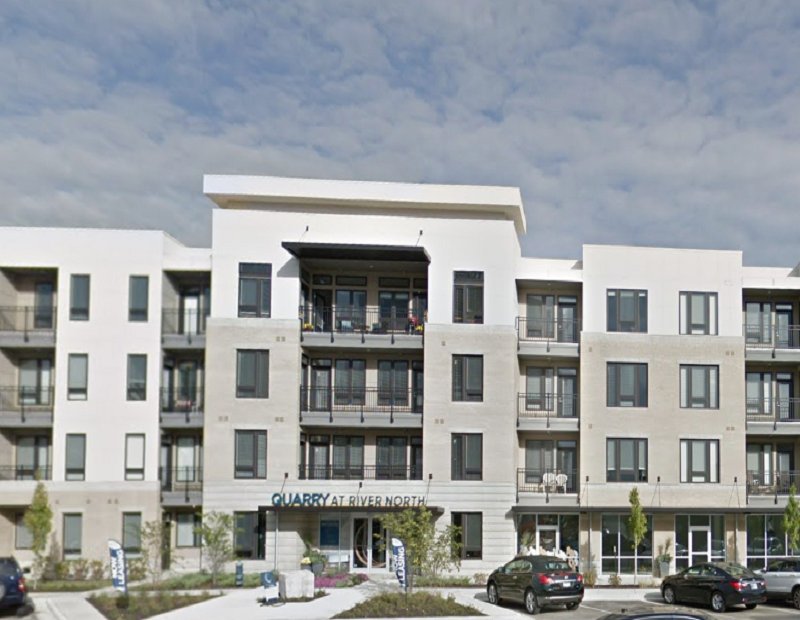 Gene B. Glick Co. and PK Partners are the developers behind the Quarry at River North project, a 196-unit community part of the River North at Keystone mixed-use development. The first units of the luxury multifamily property opened up to residents in the spring of 2017; one year later, the community at 8901 River Crossing Blvd. was 80 percent occupied. Units range in size from 462-square-foot studios to 2,300-square-foot, two-bedroom penthouses and can be rented for $1,400 on average. They feature 10-foot high ceilings, smart automation controls, heated bathroom floors, automated window coverings and wine storage. The property also encompasses 4,000 square feet of retail space.

3. The Olivia on Main 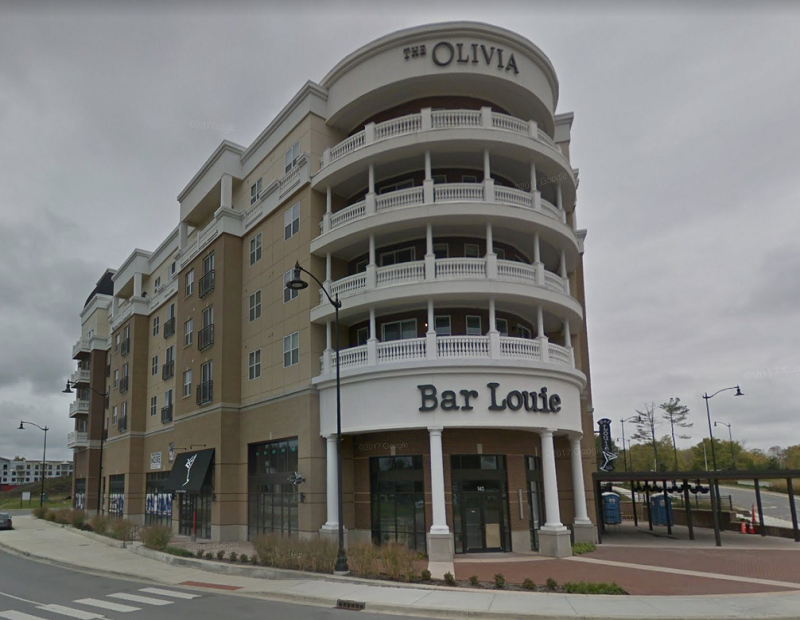 The Olivia on Main is an upscale, 203-unit community located at 1111 W. Main St. in Carmel, Ind., one mile from the Monon Trail, North Meridian Office Corridor and The Palladium at the Center for Performing Arts. Keystone Construction owns and manages the building, after working on the project for two years, between 2015 and 2017. In addition to the residential component, which consists of one- and two-bedroom units, the property also encompasses almost 17,000 square feet of retail and restaurant space, leased to Noire Nails, Bar Louie and Verde. Monthly rent averages $1,170.

A Sheehan Development project, Millstone of Noblesville is a luxury community located at 15001 Creekstone Way in Noblesville, Ind. The builder broke ground on the property mid-2015 using a three-year, $30.5 million loan from Associated Bank. Millstone encompasses 16 buildings and a total of 230 units featuring one-, two- and three-bedroom layouts. Amenities include a swimming pool, fitness center, outdoor grill area, corporate suites, car wash station, dog park, Starbucks coffee station, free Wi-Fi in clubhouse and café and valet dry cleaning services. Residents have access to a number of jobs as the city of Noblesville is home to employers such as Helmer Scientific, Riverview Health, Roche, Nestle and AMBU In.

Located at 718 E. Georgia St. The Vue provides residents with convenient access to Interstate 70 and all the perks of the city’s downtown area. Herman and Kittle Properties broke ground on the property in the fall of 2015 after having secured a $31.1 million loan from Merchants Bank of Indiana. The Vue encompasses a mix of 249 studio-, one- and two-bedroom units ranging in size from 663 to 1,279 square feet. Most units have balconies and there is also a rooftop terrace which provides views to downtown Indianapolis. Amenities also include a media room, fitness center, business center, clubhouse and detached garages available for an additional fee.

Images courtesy of Yardi Matrix and via Google Street View

This list highlights the metro’s top 10 largest multifamily properties completed during the last 12 months, based on unit counts. The data was retrieved from real estate data provider Yardi Matrix.