Cary, N.C.—HFF announced that it has arranged $29.7 million in financing for Tradition at Stonewater, a 351-unit, Class A multi-housing community in Cary, N.C. Working on behalf of the borrower, Banner Apartments LLC, HFF placed the seven-year, fixed-rate loan with Allianz Real Estate of America Inc. Proceeds were used to acquire the property.

Since its founding in 1989, Banner has acquired and operated 40 multifamily properties totaling more than 8,300 units. The current portfolio consists of more than 6,000 units, valued at approximately $500 million. 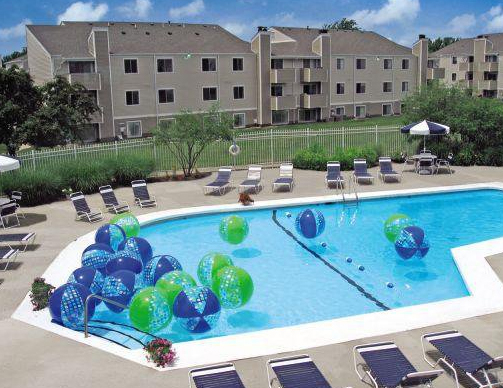 The transaction was structured with a seven-year term with three-year interest only followed by a 30-year amortization schedule. NorthMarq arranged financing for the borrower through its Seller/Servicer relationship with Freddie mac.

“As this was a refinance of an existing Freddie Mac loan, all parties involved were very familiar with the asset,” says Duvall. “Due to their familiarity with the asset, Freddie Mac provided very attractive loan terms to the borrower, even though the subject property was built in the 1970s.”

Parqwood Apartments is a proposed substantial rehabilitation of a public housing community located at 2125 Parkwood Avenue in Toledo. The project is a low-income, age restricted (age 55+) apartment community that consists of 134 units situated in a three-story elevator building (with basement) and an adjoining one-story community building.

The community, operated by LMHA, will be converted from public housing units into Section 8 rental subsidized units under the Rental Assistance Demonstration (RAD) program. RAD is a central part of HUD’s rental housing preservation strategy, which works to preserve the nation’s stock of deeply affordable rental housing, promote efficiency within and among HUD programs, and build strong, stable communities.

Linnie Willis, executive director, Lucas Metropolitan Housing Authority (LMHA), says, “In December 2012, the LMHA received conditional approval to place the Parqwood Apartments in the Rental Assistance Demonstration (RAD) Program. Due to the continuing decrease in capital funds from the Department of Housing and Urban Development (HUD), we continually explore all opportunities and potential resources to preserve low-income housing in our community. We are excited about partnering with HUD, including our role as one of the pioneers in this initiative. The LMHA Board of Commissioners and staff sincerely appreciate all of our financial partners in this endeavor. This multi-faceted collaboration will ultimately result in a completely renovated facility with major upgrades, including the exterior that will serve the residents well into the future.”

Joseph Hague, vice president for RED, says, “The Parqwood Apartments conversion from public housing to RAD and the renovation of the project signifies LMHA’s dedication to further improve the lives of its residents. The rehabilitation will update the individual units and provide energy-efficient appliances. The project’s redevelopment will also allow a tired project to better fit into Toledo’s historical Old West End neighborhood by enhancing the exterior of the project. The renovations will allow the 50-year-old project to continue to serve the residents of Toledo into the distant future.”