Totaling more than 1,200 units, the communities will get a makeover. 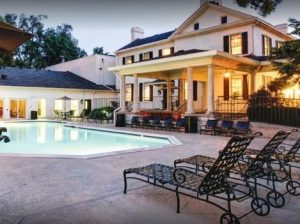 Mallard Crossing at St. Matthews. Image courtesy of Stoneweg US

Stoneweg US has acquired the 646-unit Middletown Landing and the 600-unit Mallard Crossing at St. Matthews in Louisville, Ky., for $230 million. Lifestyle Communities sold the properties in an off-market transaction. The buyer tapped Greystar and The PMR Cos. to manage the properties and plans to invest in capital improvements at the assets.

Located at 700 Landis Ridge Drive, in the South Jefferson Middletown submarket, Middletown Landing offers one- and two-bedroom units, ranging from 698 to 1,332 square feet, according to Yardi Matrix data. The property is roughly 17 miles from downtown Louisville via Interstate 64 and offers easy access to employers such as UPS, Amazon and Ford Motor Co.

Stoneweg plans to renovate the units, revamp the signage and improve the landscaping at both properties. The company will also add dog parks, storage and new gym equipment.

The seller, Lifestyle Communities, has recently broken ground on its first project in the Austin metro area, a 1,050-unit mixed-use community in Pflugerville, Texas.