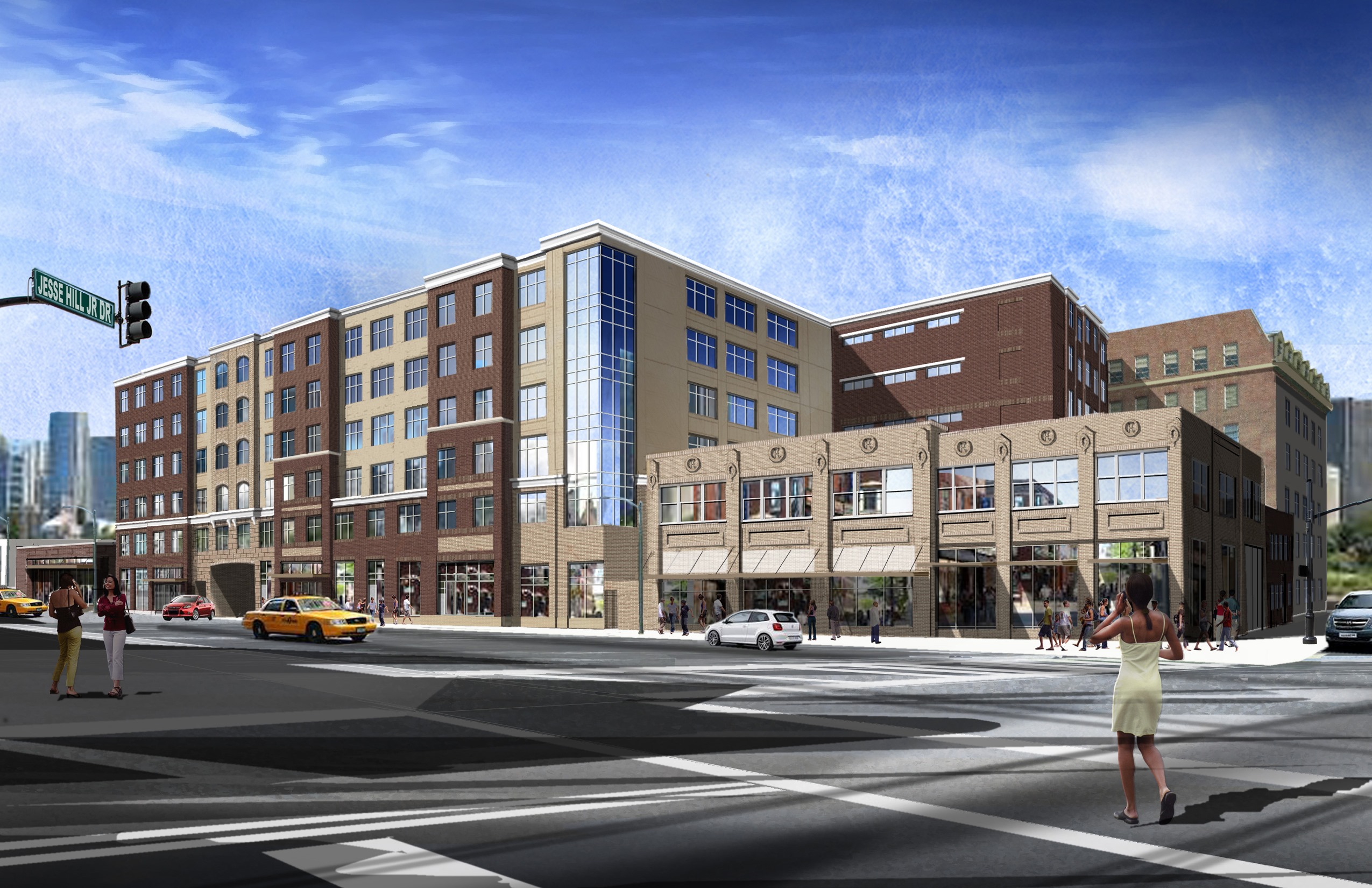 Atlanta—Sanctuary Residential has broken ground on 200 Edgewood, a mixed-use urban infill property on 1.2 acres across the street from Georgia State University and the Grady/Children’s Hospital medical complex. When completed in about a year, it will offer 144 fully furnished units (254 beds) for students as well as medical interns and residents.

“200 Edgewood is a tremendous opportunity for numerous reasons,” Bernard Felder, director and CEO of Sanctuary Residential, told MHN. “First, in an urban environment, having a site across the street from campus is akin to being on campus.

“Second, the proximity to both Children’s Hospital and Grady Hospital is meaningful,” he said. “Given 200 Edgewood is composed of one- and two-bedroom units, it’s our expectation that we will draw from upper classmen, graduate, and professional students—and it’s not beyond the realm of imagination to consider medical school students and interns as a professional student resident base.”

Finally, Felder adds, having immediate access to a new street car station is a tremendous advantage. “We’re in an urban environment with front-door access to urban transit,” he explained.

The property will consist of one seven-story building and two historic rehab buildings featuring nine studios, 25 one-bedroom and 110 two-bedroom apartments with such common amenities as a clubhouse, fitness center and meeting/study areas. Each floor will have 500 square feet of gathering space overlooking the community’s central courtyard. The property also will include 12,000 square feet of commercial space geared toward residents, along with 110 parking spaces.

Georgia State University is a public research university with more than 32,000 students, and it currently provides on-campus residence housing for 4,200 students, or only about 13 percent of the student body. The university’s plans to expand student housing and construct a new law school building.