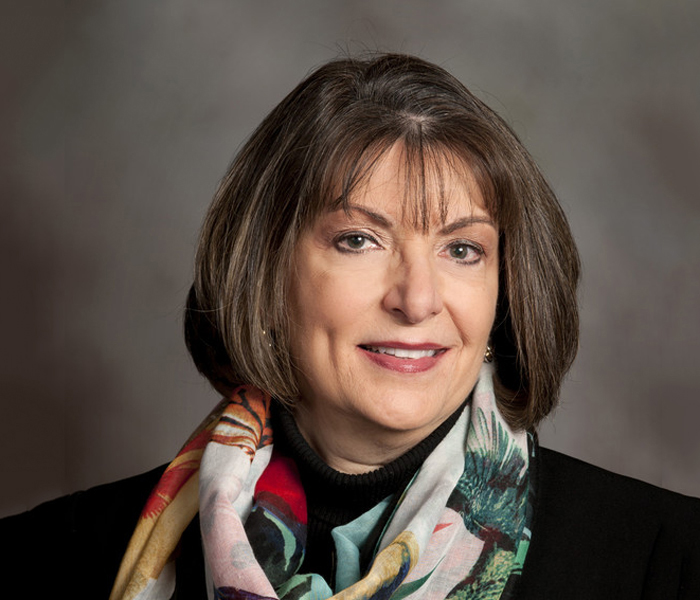 For decades, Rosemary Carucci Goss has been the “woman behind the curtain” for the Virginia Tech Property Management program in Blacksburg, Va. Since its establishment in the mid-1980s, the Property Management degree program, dubbed the first such major in the U.S., has produced some of the nation’s top talent entering residential property management careers. Like a latter-day benevolent wizard, Goss has been there every one of those years, overseeing and managing the program, teaching classes and counseling students.

Goss well remembers the inspiration for the program way back in 1980. “I was attending a housing conference in Richmond, Va., and met the head of multifamily housing for the state finance agency, Jim Kelly,” she recalled.

“He said, ‘We need people who can help us with the properties we manage. We have properties for seniors, and we hire people with gerontology degrees and they are gone in six months. They don’t know anything about business. And we hire business people and they’re gone in six months because they don’t know anything about seniors.’ ”
Her response, Goss recalls with a laugh, was, “What are you doing for lunch?”

That lunch led to many conversations with Jim Kelly over the next few years, as well as meetings with a number of property management professionals from across the state of Virginia to develop the curriculum, using existing courses and creating new ones. Today, in addition to covering conventional property management, the program examines management of senior housing, commercial property and other specialized markets, such as purpose-built student housing, community association management and military housing. A capstone course, “Contemporary Issues in Property Management,” requires students to undertake a complete plan for a property and then recommend how to make that property more profitable.

“So now we cover a very large area, and we supplement that with courses from around the campus, like marketing, management, public speaking, energy and the environment, universal design and space planning,” Goss said.
In the past 10 years, the program has graduated an average of 25 students per year. (This year’s class numbers 15, but the freshmen and sophomores entering the program will bring the total back up.)

Career path
Students enter the program through a wide variety of means. “Most people don’t grow up wanting to become property managers,” Goss said. They learn about the major as one option among those offered through the University Studies program.

“We try to keep their advisors up to date on what is happening in the Property Management program. Our job placement rate is virtually 100 percent, and that gets their attention. Many first try a different major and don’t like it, and University Studies tells them to take the introduction course. If they do that, they often end up entering the program because they see the career path. … Many find us in their last years at Virginia Tech. But many others are now entering as freshmen.”

In order to take the National Apartment Association-administered Certified Apartment Managers exam, which results in the CAM designation, students must participate in an internship sometime after their freshman year. Some do as many as three. Companies providing those internships “fight over our students,” Goss said. The paid and housing-provided internships are offered in a number of predominantly East Coast cities, among them Boston, New York City, Washington, D.C., and Raleigh, N.C.

“When you come out with two or three full-summer internships in the industry, the chances of getting a job are pretty darn good,” she said. Goss herself teaches the program’s introductory course, “Introduction to Residential Property Management,” as well as the capstone course and one called “Marketing and Managing Housing for Later Life.”

She advises the student organizations, and is the career adviser for those in the program. “So I have a lot of hands-on (experience),” she said. “Some students have come to me crying because they didn’t know which job offer to accept. That’s not a bad problem to have. During the Recession’s height, we had students with eight offers.” The most challenging course is focused on asset management and is called “Advanced Property Management.”

Students in the program are expected to leave Virginia Tech with an education that will allow them to become regional property managers, having been exposed to the kinds of challenges they will face on the job. “They’re getting into how to manage the property to increase the value of the asset. They do a lot of calculations and a lot of Excel spreadsheet work,” Goss explained. Regardless of the course, students benefit from the tight-knit relationships forged with faculty.

Attending the Property Management program at Virginia Tech is like going to a small college but at the same time gaining many big-university advantages. “We know your name, know who you are, and if you have issues you can come talk to us,” Goss said.
Students also benefit from a number of initiatives designed to help prepare them for careers and eventually get hired. The Senior Study Tour takes seniors by bus to cities like Charlotte, Raleigh and Washington, D.C.; puts them up in hotels; and pays for meals. Members of the program’s advisory board host these tours.

The tours are tailored to the cities visited and the key multifamily trends taking place in each. For instance, during a recent trip to Charlotte, students received an education in transit-oriented development, a major trend in that city. “Years ago, in Charlotte, we had a presenter speak about marketing in an overbuilt market,” Goss recalled.

The program’s career fair, held annually in March and usually involving two dozen employers, is when and where students land their internships and often permanent employment. An evening meet-and-greet is followed the next morning by a two-hour job fair. Employer participants receive students’ resumes days earlier, and many have already slated interviews. If offering internships, most participating companies will reach out to prospects by the start of the next week, and students will have one to two weeks to accept. When looking to add permanent hires, most companies taking part make job offers to career fair attendees within about a month.

Grads look back
Former students who have gone on to glittering careers in residential property management are effusive in their praise of Goss and the program. One such long-ago student is Jeff Buising, who spent the early 1990s as an economics major, only to discover the Property Management program prior to his senior year, when his roommate decided to switch into it. “I learned about the program off the top of the microwave where I was living,” he recalled.

“It was a well-rounded curriculum that I felt would not only get me a career but also help me in my personal life, if I wanted to buy and take care of a home,” added Buising, now vice president of operations at BH Management in Des Moines.
Concerned about how to sell his parents on the idea of changing majors with just one year left in his schooling, Buising got the answer from Goss: “She sold it to me, telling me it was a smaller program with not a lot of students, so there would be focus and an active advisory board,” he said.

Goss created a customized approach for Buising, who loaded up on as many property management classes as possible and finished with an internship prior to graduation.
“(Goss) has made a big difference not only in the students’ lives but in all the lives of those people living in the communities, lives that have been improved by having professional managers looking over their homes. That’s pretty far reaching, if you think about it.”

A more recent product of the program is Carter Powell, district manager with the Mid-Atlantic regional office of Camden Property Trust in McLean, Va. A 2011 graduate, he entered as a sophomore. “Any student who got into the program will tell you they never heard of it, then went to talk to Dr. Goss and the rest was history,” Powell said.

Powell finds it difficult to pinpoint the aspect of the program that proved most influential in the course of his subsequent career, but he adds it was likely the connections he made in the major that eventually led to the employer for which he currently works and plans “to work for forever,” he said. ”From a networking standpoint, the program exposes you to the career fair and to advisory board breakfasts, and you’re in front of high-level multifamily housing executives multiple times a year, which sets you up for a very smooth transition for both internships and full-time employment.

“The networking opportunities along with the educational foundation we establish make for a great recipe for success.” Of Goss herself, Powell said, “Any time you needed guidance on preparing for the career fair, dissecting the number of offers you’d received or just general advice on the landscape of your future, she was always readily available.”

Student achievement
Through the years, Goss has savored the experience of watching Property Management program students grow excited about both the discipline and the career. She enjoys reminiscing about them. Some of them go to Virginia Tech intent on becoming a doctor or engineer but discover that it’s not a good fit for them, enter the Property Management program and “really find themselves,” Goss said.

“Many have (gone on to) become regional managers, and some, presidents of their own companies, because they found something they were really passionate about.”
Some sophomores who have little concept about the property management career head off to participate in their first internships and return to school reporting they wished they were already in the career.

Said Goss, “When they get to meet regional vice presidents and presidents of very strong companies in the Eastern region, they get to know these people, see them as role models and say, ‘I can do that.’ ”