The Retirement Housing Foundation will use the funding provided by MassHousing to refinance, renovate and preserve the property’s affordability. 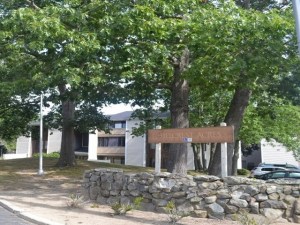 MassHousing has provided $18 million in affordable housing financing for the refinancing, preservation of affordability and renovation of Hillcrest Acres Apartments, a 100-unit community in Attleboro, Mass. The affordable housing property is restricted to tenants earning up to 30, 50, 60 and 80 percent of the area median income.

Retirement Housing Foundation, in a joint venture with The Schochet Cos., has acquired the community in 2020 for $7 million, according to Yardi Matrix data. As the property was in danger of losing its affordability, the companies acquired the asset through Chapter 40T, a state law designed to prevent affordable housing from being sold and converted into market-rate housing. An $8.4 million acquisition loan was provided for this transaction by The Community Economic Development Assistance Corp.

Other financing sources include: $9.6 million from an allocation of LIHTC by the Massachusetts Department of Housing and Community Development; $4.2 million in direct support from DHCD; and a $1.4 million sponsor note. R4 Capital was the tax credit investor.

RHF plans to invest approximately $9.9 million in property improvements, such as bathroom renovations, new kitchen appliances, the creation of accessible units and structural improvements to roofs and balconies.

Completed in 1974, Hillcrest Acres Apartments encompasses 10 buildings with one-, two- and three-bedroom units between 695 and 1,224 square feet. Common-area amenities include a community room, a playground, parking space, outside storage and laundry facilities. In-unit amenities consist of washers and dryers, vaulted ceilings and patios or balconies.

Located at 1101 Hillside Ave., the community is near the conjunction of Interstate 95 and Interstate 495, providing easy access to downtown Providence, R.I., and Boston. There are multiple dining options, retail spaces and entertainment venues in the property’s proximity, including Attleboro Arts Museum and Capron Park Zoo. Sturdy Memorial Hospital is within 0.4 miles from the community.

MassHousing has recently provided a financing package of $206 million for the refinancing and preservation of affordability of 10 Massachusetts communities totaling 931 units.