Perspective: In the Lap of Luxury

Is there enough demand for upscale apartments?

One of the hallmarks of the current expansion has been the widespread development of high-end apartments. These pricey Class A-plus, or luxury, properties have gone up in metro areas around the country, including many that had seen little, if any, such supply in years past.

This trend toward higher-cost, higher-rent infill construction often seems like a new phenomenon, but it’s not. In many areas of the country, rising land, development and construction costs have long made it such that high-end or tax-credit properties are most often the only new developments that pencil.

But old trend or new, there’s been some debate of late as to whether the industry is in danger of overbuilding at the high end of the market. Will there be too many high-end apartments and too few renters who can afford them? So far, apartment demand has held up better than many expected, resulting in good absorption of the new supply of higher-end units. But given the pipeline, there’s a question as to whether this can continue.

To get a sense of the depth of underlying demand for these high-end residences, we analyzed large public microdata sets. Our first takeaway is that upscale renters share a number of characteristics that suggest they are more likely to be lifestyle renters or renters by choice. More important, however, is that many apartment renters could, on paper, afford new Class A rents but many pay less in rent. So while there is still potential untapped demand, the question becomes less about whether upscale renters can afford the rents and more about whether they see enough value in upscale apartment living to choose to pay the higher rents.

Without a standard definition of apartment class ratings (A, B, C, etc.), the first thing we did was find a useful proxy for upscale apartments: apartments where the rent is at or above the 90th percentile of all apartment rents in the same metro area. In focusing on that segment of the market, we discovered a number of unique things about people living in upscale apartments.

First, data on recent movers (those that moved within the past two years) from the American Housing Survey (AHS) shows that a slim majority (51 percent) come from other apartments. However, another 30 percent of upscale renters come from single-family, owner-occupied homes and 15 percent from single-family rentals.

These differences make sense. Roommates and married couples tend to have more income than single-person households, making such households more likely to be able to afford upscale apartment rents.

However, there is also a strong relationship between number of years of education and rent paid: The more schooling, the more likely renters are to pay upscale apartment rents.

What’s in their wallet

Given today’s discourse over whether the high end of the market is bumping up against some affordability challenges, it’s interesting to look at upscale renters’ earnings next to rents. As the numbers would have it, the pool of potential upscale renters is substantially larger than the number currently living in upscale apartments, at least using the standard affordability metric that says housing costs should be no more than 30 percent of income.

Most of the metro areas on the top 10 list also have seen considerable apartment development in recent years, suggesting that resident incomes might be a smaller governor of potential new development than some industry watchers have argued.

That said, the high cost of new development in many of these metros means that rents for new apartments may exceed, perhaps by a lot, the 90th percentile rents on the existing stock. In addition, many residents may prefer to spend less than 30 percent of their incomes on rent, even if it means fewer amenities or an inferior location. 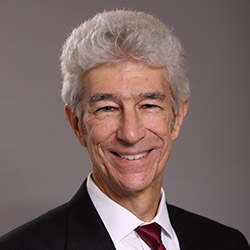 To return to the question of whether the industry is in danger of overbuilding at the high end of the market, our analysis suggests that, from a macro-market perspective, there is still a substantial reservoir of households that could afford upscale apartments. However, possible pullback in demand for these higher-end units in the future is likely to reflect changes in resident preferences rather than less affordability, with some residents perhaps choosing to spend less on their housing or opting for different types of housing altogether.

Mark Obrinsky is the senior vice president of research & chief economist for the National Multifamily Housing Council. He can be reached at [email protected]