The Highline, a 171-unit project in Melbourne, kicked off construction in June and is slated for completion in early 2020. 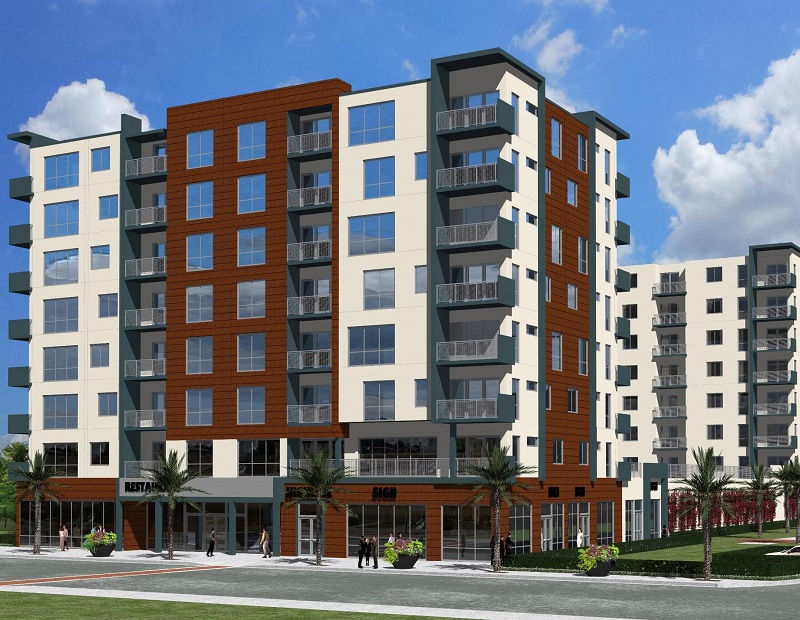 A public-private partnership between Zimmerman Development and the City of Melbourne has landed $30.6 million in financing for The Highline, a 171-unit community under construction in Melbourne, Fla. Walker & Dunlop originated the fixed-rate, 40-year loan through HUD’s Section 221(d)(4) mortgage insurance program.

The developer broke ground on the eight-story project in June, according to the Space Coast Daily, with completion planned for the first quarter of 2020. Winter Park Construction is the general contractor for the Caribeno Architecture Group-designed development.

Located at 635 E. New Haven Ave., the site of the former Old Melbourne High School, the project site is two blocks south of U.S. Highway 192, providing easy access to Interstate 95 and throughout the area. In addition to the community’s studio, one- and two-bedroom units, plans call for approximately 6,500 square feet of commercial space on the ground floor.

“The Highline is following a trend that we are seeing throughout Florida, in which cities are encouraging the development of multifamily in the downtown urban cores,” said Jeremy Pino, vice president of Walker & Dunlop, in a prepared statement. “The partnership between Zimmerman Development and the City of Melbourne to build the eight-story mid-rise will be transformational for downtown Melbourne and Brevard County.”

Across the country, another public-private venture kicked off construction of an affordable community in Salt Lake City in July.