A survey by the National Apartment Association found that local community resistance is seen as the top obstacle to new apartment construction. Big coastal cities are among the toughest places to build. 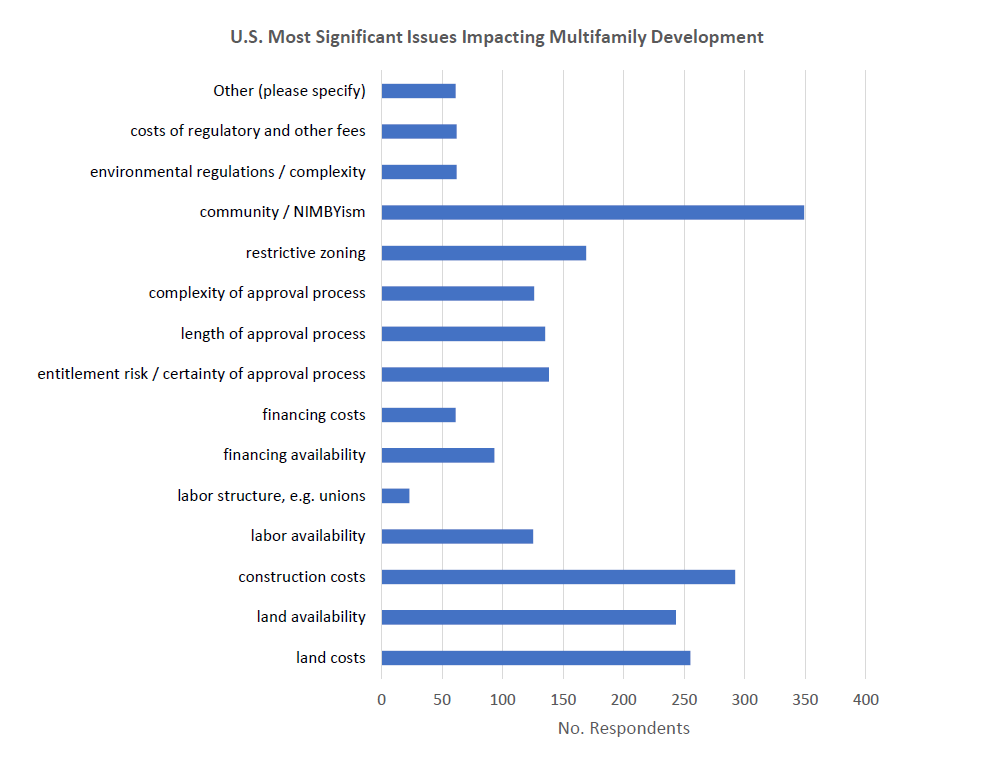 Albuquerque, N.M., is the easiest major metropolitan area in the U.S. in which to build new apartments, while San Jose, Calif., is the toughest, according to a new ranking by the National Apartment Association (NAA).

The results are drawn from a national survey of hundreds of government entities, private developers and owners, that sought to understand the factors that influence new supply of apartments in metropolitan markets across the country.

The NAA created an index to rank 58 major metro markets for ease of multifamily development, based on a blend of factors including community involvement (NIMBY-ism), construction costs, land supply and infrastructure; political and process complexity; and regulations, from affordable housing requirements to environmental, density and growth restrictions.

Where the barriers are

The big coastal cities fared poorly on the industry association’s U.S. Barriers to Apartment Construction Index. Trailing San Jose, a number of urban areas in California—Sacramento, San Francisco, and San Diego—along with Philadelphia and Honolulu made up the top six most restrictive metros in the U.S. Washington, D.C., Baltimore, New York City, and Los Angeles were not far behind in terms of having severe barriers to multifamily supply.

Among the least restrictive urban areas were Western and Midwestern communities such as Dayton, Ohio, Kansas City, Mo., and Billings, Mont. Interestingly, Chicago is ranked as the ninth-easiest place to build, with tight land availability being the only glaring problem registered by the survey.

Pinnegar called for local governments to act by cutting regulations and “standing up to NIMBY-ism.”

Analysis of the real estate industry often revolves around economic indicators and pronouncements by the Federal Reserve, but this macro focus belies the localized nature of most property development. After all, few things can slam the brakes on a new project faster than the local council.

Resistance by local community planning groups has acted as a major bottleneck to affordable housing development in cities with housing shortages such as San Diego. Environmental regulations, financing costs and labor unions, on the other hand, were marginal concerns, the study found.