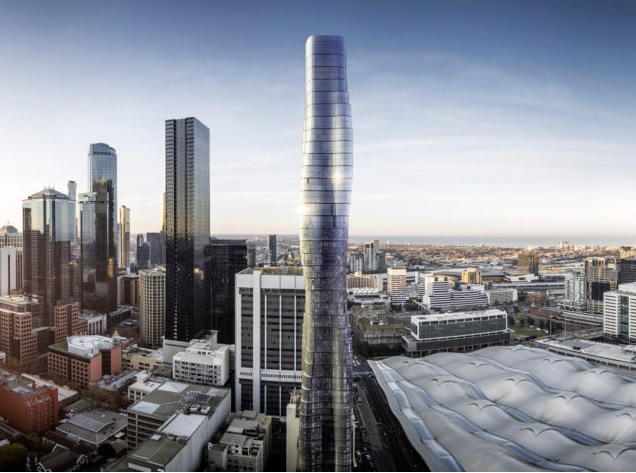 Designed by architecture firm Elenberg Fraser and located at 134 Spencer St., the property will be 817 feet high and will bring 796 residential units as well as 187 hotel rooms. The tower will also include retail spaces and a wide range of luxury amenities such as concierge services. The tower will feature a deck on the seventh floor with an outdoor fitness center and sauna with spa. A premier lounge will be located on the 46th floor, with amenities like a catering kitchen, 12-person theater and game room. The 76th floor offers access to the premier club, which is open to residents of the premier club apartments on floors 48 through 76. Amenities of the club include indoor pools, barbecue areas, theater rooms and billiards/poker rooms. Situated across the street from Southern Cross Station, the skyscraper will be surrounded by a plethora of retail and dining options.

“We are delighted to deliver this distinctive high-rise tower to Melbourne. It is set to fast become a landmark in the CBD,” said Graham Cottam, regional managing director at Multiplex, in prepared remarks.