Market Snapshot: Seattle Remains One of the Strongest Real Estate Markets in the US

Now that most analysts are calling the official end of the economic downturn, Seattle is one of the big winners.

Seattle—Now that most analysts are calling the official end of the economic downturn, Seattle is one of the big winners amongst American cities. The unofficial capital of the Pacific Northwest has reaped the benefits of being the site for a number of large companies whose business has transcended the economic blight such as Amazon, Microsoft, Starbucks and Boeing. The city has added a staggering 170,000 jobs over the past five years, driving the multifamily market into a building frenzy. The city is set to add a considerable amount of units to the housing stock. Vacancies are going down and rents continue a positive overall trend. 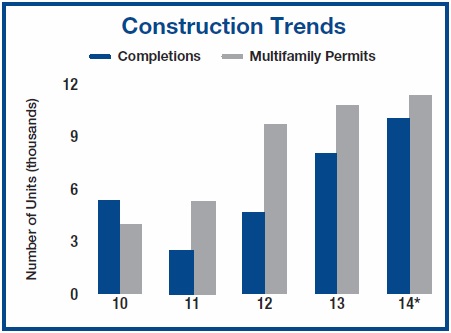 According to recent market data by Marcus & Millichap, a total of 10,000 apartment units will have been added to Seattle’s stock by the end of the year, the largest completion number that the city has seen in 14 years. That’s nearly 2,000 units more than were added last year. Combined with a job market that will keep busy and end the year with an estimated 50,000 new positions created in Seattle, this means that the new units will find purpose.

In terms of construction, CBRE data reveals that the best performing areas of the city in 2014 were Capital Hill, University District, Ballard and Intown Seattle, where roughly half of Seattle’s new 10,000 rental units came online. With completions soaring, permitting continues to outpace that number, with around 13,000 apartments underway set to be delivered throughout the city by 2016. New areas of the Seattle Metro are seeing growth, with around 1,000 units currently under development in the nearby city of Lynwood, Marcus & Millichap data shows. 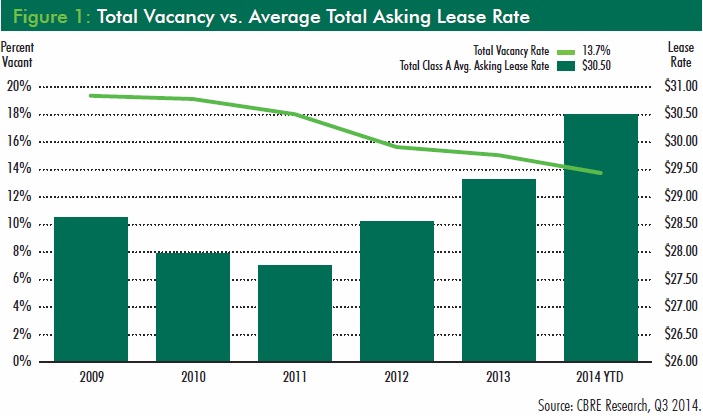 In terms of vacancy, data provided by Reis Reports, a provider of real estate market data, research and analytics, revealed an interesting trend. Seattle ended Q3 of 2014 with a vacancy rate of 4.5 percent, with current rates maintaining a low 4 percent value for the past 12 quarters—the only real change in vacancy being noticeable in Q2 of 2013, when the rate dropped below 4 percent to a value of 3.9, the lowest recorded vacancy in Seattle since the downturn. It seems that in spite of increases in rent rates, effective rents in the city currently stand around the $1,197 mark, the highest values in seven years. The apartment markets has stabilized in terms of vacancy, easily absorbing the new units that come online every year, mostly due to the city’s continuously growing tech market appeal. According to Reis, Seattle is outpacing the average effective rent on a national level by $80, while current vacancy rates are currently just lagging behind the recorded value for the entire United States.

The real estate sector most easily linked with Seattle’s current residential boom is the office sector. Seattle’s current office vacancy rate is on a downward trend, with figures at the end of Q3 indicating 13.7 percent. The figure means that office vacancy in Seattle has gone down compared to both the previous year, and the previous quarter. The average asking lease rate in Seattle for office space stood at around $30.50, the result of continued growth since 2011. The highest average asking direct lease rate in a metro Seattle submarket at the end of this year’s third quarter stood at $40.05, and was recorded in the Bellevue CBD.