New Orleans—Although negatively impacted by a 4,700-job reduction in government, educational and health services, the New Orleans job market finished 2013 in the black, experiencing a 4 per cent growth in the median household incomes, which now stands at $49,090 and 0.6 percent job growth thanks to city’s booming hospitality industry, which added over 91 percent of jobs in 2013. According to Hendricks-Berkadia the economic upswing will continue throughout 2014, with 6,000 new jobs and a 1.1 percent increase in incomes.

The New Orleans apartment market concluded its second consecutive year of positive absorption, increasing 5.5 percent compared to 2012 and taking off the market 1,290 units.

Paired with a static apartment inventory, the overall 5 percent year-end vacancy was the lowest rate in 13 years. According to Hendricks-Berkadia, the tightest of all apartment markets proved to be Class B, which, after a sustained tightening throughout 2013, ended the year with a 98.7 percent occupancy, experiencing a 1.7 percent rent increase for a monthly average of $793. Average rental rates increased 0.2 % to a monthly $1,031. The upswing in the rental market is also exemplified by 130 basis point decrease in overall concessions, which now stand at 2.9 percent of rents.

Although no market-rate apartment projects came online in 2013, and few affordable housing developments finished recently (such as the 120-unit 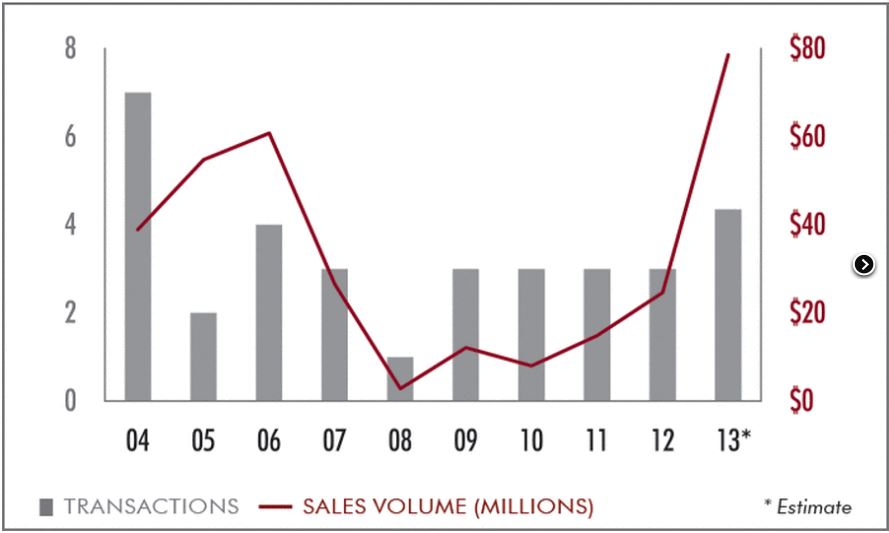 Although leasing activity will slow to a net absorption of 440 units, rents will continue to increase, reaching $1,040 per month – a 0.9 percent increase, the most significant year-over-year growth since 2008. Hendricks-Berkadia also expects multifamily construction permitting to grow—boom in fact, by 48.6 percent. High-profile projects that could kick off in 2014 include the much postponed $55 million 125-unit condo project turned luxury apartment development 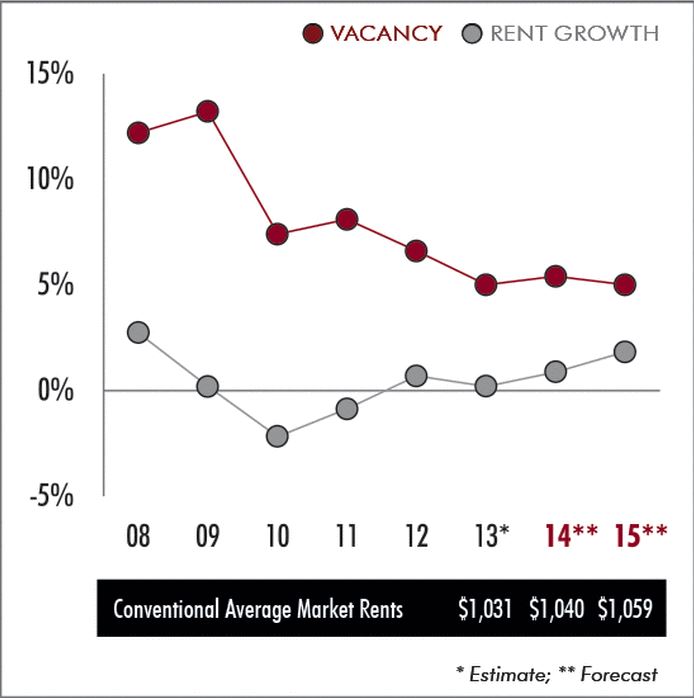 Two of most significant sales in 2013 were the $30.8 million transaction of the 268-unit American Can Company Apartments and the $53.5 million sale of the 446-unit Esplanade at City Park Apartments.