Construction starts of buildings with five or more units were 4.5 percent below the October 2017 level. 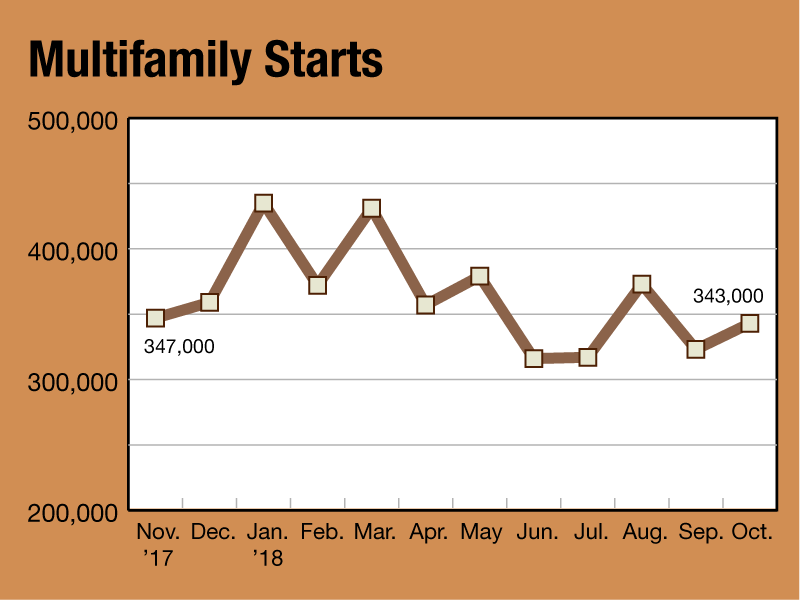 According to the U.S. Census Bureau and the U.S. Department of Housing and Urban Development, starts of buildings with five or more units rose by 6.2 percent at a seasonally adjusted annual rate in October 2018 to 343,000, after a 13.4 percent decline in September. On a year-over-year basis, the October starts of five or more unit buildings were 4.5 percent below its October 2017 level.

NAHB’s Multifamily Production Index (MPI) dropped three points to 48 in the third quarter of 2018. The MPI measures builder and developer sentiment about current conditions in the multifamily market on a scale of 0 to 100. The index is scaled so that a number above 50 indicates that more respondents report conditions are improving than report conditions are getting worse. 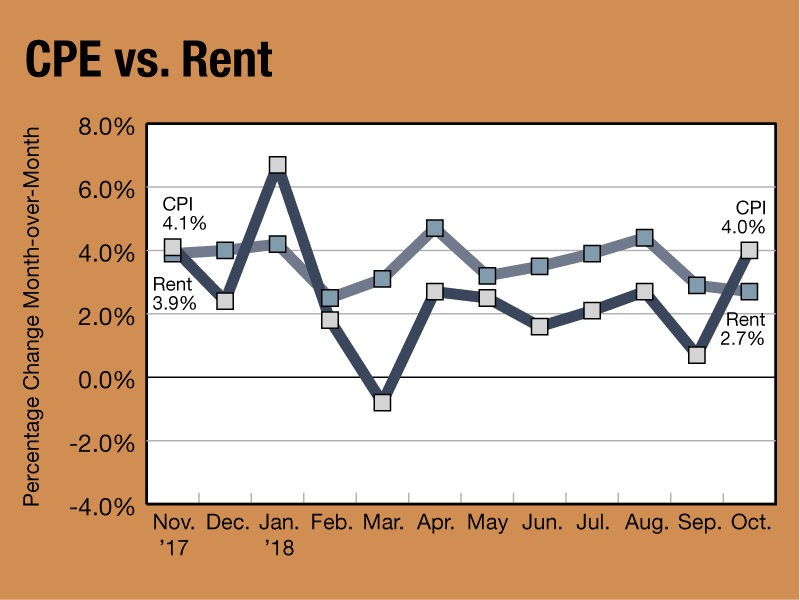 The headline Consumer Price Index (CPI) rose by 0.3 percent in October on a seasonally adjusted basis, faster than a 0.1 percent increase in September. Over the month of October, the Energy Price Index increased by 2.4 percent, after a 0.5 percent decline in October, while food prices declined by 0.1 percent. Excluding historically volatile food and energy prices, “core” CPI rose by 0.2 percent, following the 0.1 percent increase in September. Shelter prices, which are the largest consumer expenditure category, grew by 0.2 percent as rental prices, a component of the shelter index, grew by 0.2 percent in October. Since the increase in rental prices is similar to the growth rate in overall inflation, as measured by core-CPI, then NAHB’s Real Rent Index was unchanged over the month of October. Over the past year, NAHB’s Real Rent Index has risen by 1.4 percent. 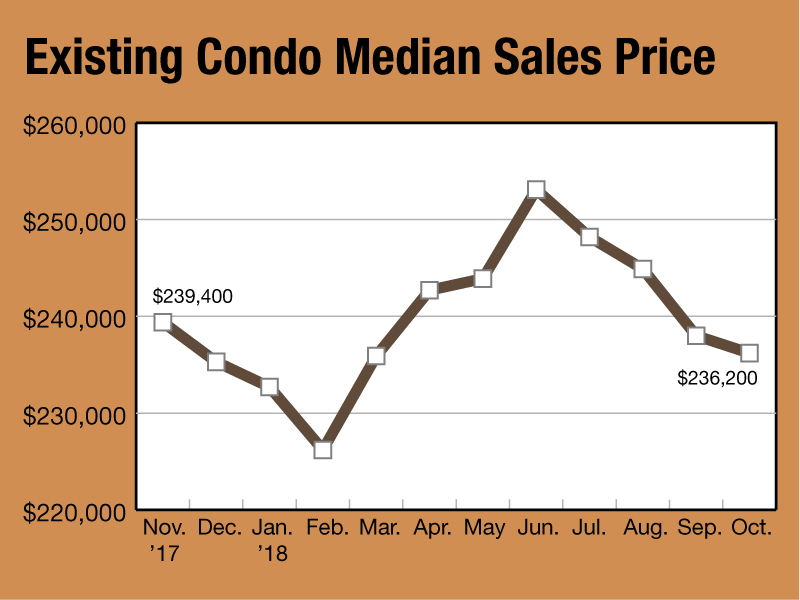 Sales of existing condominiums and cooperatives increased by 5.3 percent at a seasonally adjusted annual rate to 600,000 units in October. Regionally, sales in the South increased by 8.0 percent, while sales in the West rose by 7.7 percent. Sales in the Northeast and Midwest were unchanged. The months’ supply of homes decreased to 4.4 months in October, from 4.7 months in September. Median prices on condos and co-ops nationwide declined by 0.2 percent over the past year to $236,200 in October. Median prices in the Northeast and South increased by 2.5 percent and 1.5 percent, while median prices in the Midwest and West decreased by 1.0 percent and 1.3 percent. 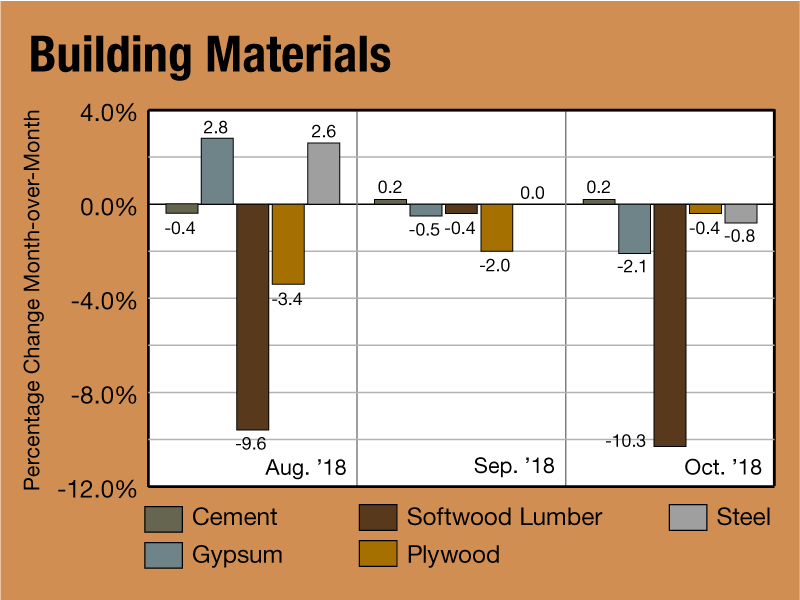 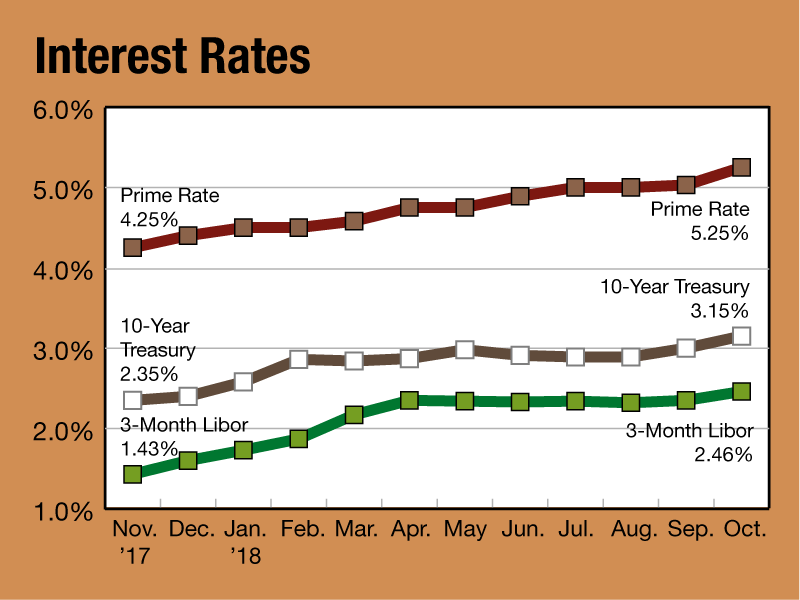 Jing Fu, Ph.D. is a Senior Economist at NAHB. She monitors developments in the economy to identify trends and issues related to the housing industry. She also assists in forecasting and analyzing the state and metropolitan area housing market, producing research and articles detailing sectors and the geography of the home building industry. Prior to joining NAHB, Jing worked at Thomson Reuters as a data specialist and has extensive knowledge and experience on quantitative research and large data set analysis. She holds an M.A. and Ph.D. in Economics from the University of Kansas.