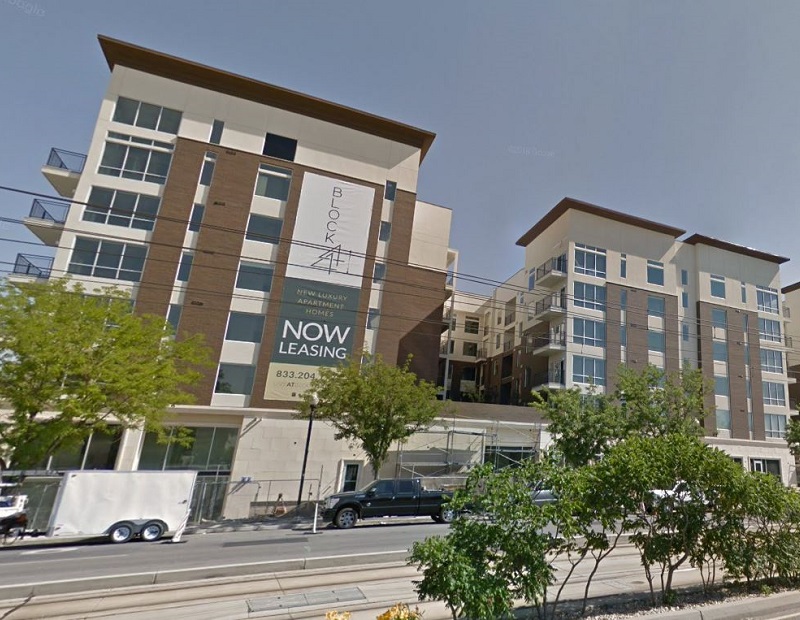 Wright Development Group has completed construction of Block 44, a 213-unit luxury community in Salt Lake City. The developer broke ground on the property in late 2016 and funded the project with a $30.8 million construction loan held by Washington Federal, according to Yardi Matrix.

Located at 380 S. 400 E. in the city’s downtown, the community is positioned approximately 1 mile southeast of Temple Square. Served by the Utah Transit Authority’s light rail system, the seven-story building is situated along the western edge of the University Boulevard retail corridor.

The community contains a mix of studio, one- and two-bedroom apartments, with floorplans ranging between 481 and 1,424 square feet. Amenities include a clubhouse, a swimming pool, a spa, a fitness center, a bike repair station, valet trash collection and electric car charging stations. Prior to completion, the units were 68 percent leased, per Yardi Matrix data.

Other multifamily developments underway in the area include Columbus Community Center’s Hub of Opportunity, a 156-unit mixed-use affordable housing project.