The developer kicked off construction of the project in 2013. Built to achieve LEED Silver certification, the 328-unit asset is within a mile of more than 1,000 apartments currently underway. 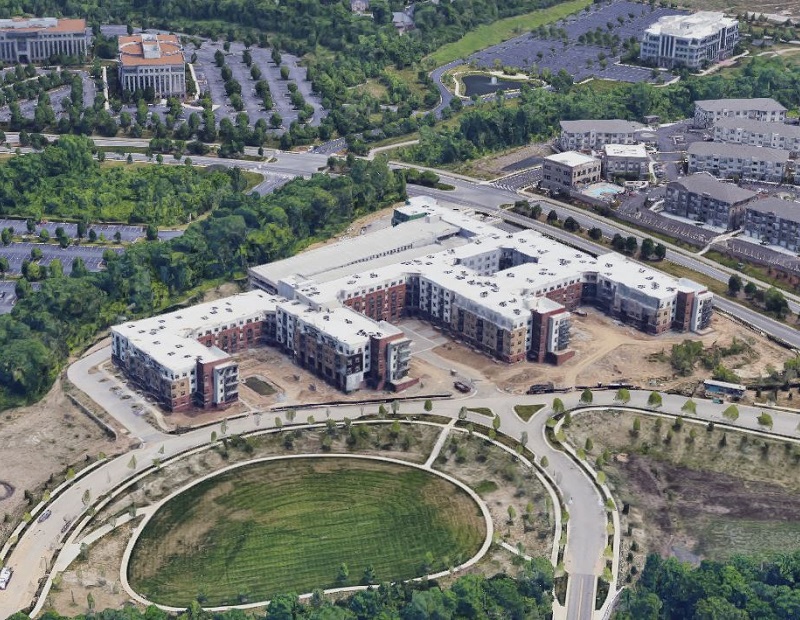 J.P. Morgan Asset Management has completed the construction of Cameron at Franklin Park, a 328-unit luxury community in Franklin, Tenn., south of Nashville. General contractor Balfour Beatty Construction broke ground on the project in 2013, but the structure was heavily damaged from a large fire in 2015, according to the Franklin Fire Department.

Located at 6300 Tower Circle, the four- and five-story building is less than 20 miles from downtown Nashville and immediately north of the 550,000-square-foot One and Two Franklin Park office towers. According to Yardi Matrix data, the community is within a mile of 1,050 units under construction, including Middleburg Real Estate’s 328-unit Mosby at Cool Springs. A wide variety of retail options, including a number of grocery stores, big-box retailers and restaurants, are a short drive from the property.

Cameron at Franklin Park contains one-, two- and three-bedroom apartments, with floorplans from 675 to 1,555 square feet. The community is built to LEED Silver standards and its amenities include a saltwater swimming pool, a clubroom, a fitness center, outdoor lounges, a tech lounge and an attached parking structure.