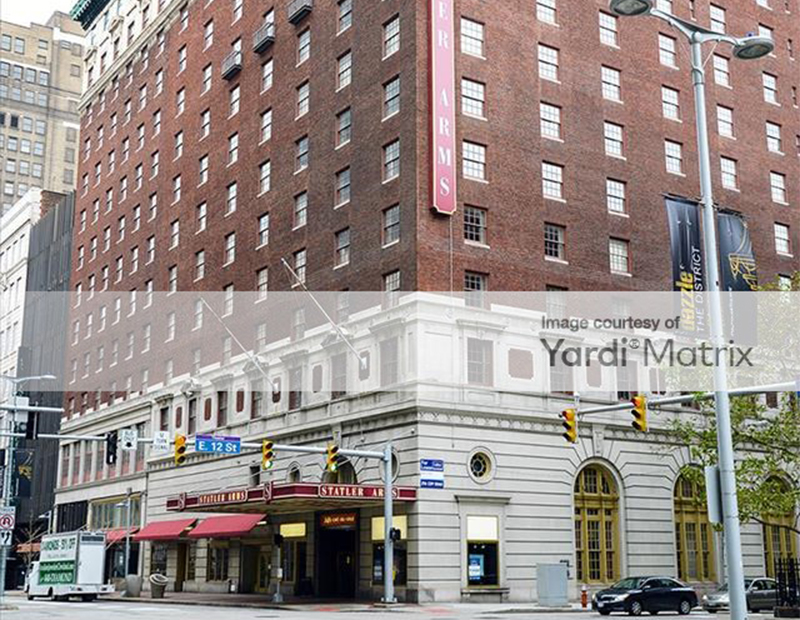 The Statler Arms Apartments in Cleveland

Institutional Property Advisors facilitated the $40 million sale of Statler Arms, a 295-unit apartment building in downtown Cleveland. According to Yardi Matrix data, the seller was LCOR, a Philadelphia-based institutional client.

Director Joshua Wintermute, Senior Managing Directors Michael Barron and Daniel Burkons represented the buyer in this transaction, Millennia Cos. The acquisition was part of a $53 million plan to renovate and redevelop the asset. GenX Capital Partners Managing Partner Mark McClure closed $9 million in joint venture equity for the buyer as part of the deal.

Located at 1127 Euclid Ave. in the metro’s Theater District, Statler Arms provides easy access to Interstate 90 and Route 20. Public transportation, Cleveland Clinic, Case Western University and Cleveland State University are nearby. The community features a mix of studios to three-bedroom units and penthouses. Amenities of the 12-story property include a fitness center, clubhouse and business center.

More than a century of history

Built in 1912 as a 700-key hotel, the property went through several redevelopments. Following its enlargement in the 1930’s, the asset became an office building in the 1980s. At the beginning of the 2000s, Statler Arms turned into apartments, including 4,500 square feet of retail space. Now, the new owner intends to update the building.

“The buyer plans to renovate the entire property and once it is fully transformed, the Statler will be one of downtown Cleveland’s premier luxury apartment buildings,” said Barron, in prepared remarks.