The borrowers are building 68 apartments, 5,000 square feet of ground-floor retail, a new public plaza and parking facilities in Newtonville. 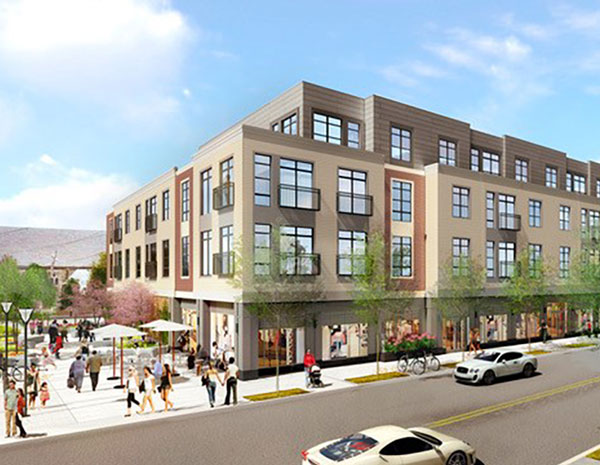 The Boston office of HFF has provided $30 million in construction financing for a mixed-use development in Newton, Mass. The project, named 28 Austin Street Apartments, will rise above the city’s Austin Street Municipal Parking Lot within the city’s Newtonville neighborhood. HFF’s team worked on behalf of the borrower, a joint venture involving Dinosaur Capital Partners and Oaktree Development, to secure the construction and permanent loan through Boston-based Eastern Bank.

Slated for completion in spring of 2019, 28 Austin Street will feature 68 luxury one- and two- bedroom apartment homes, 23 of them affordable. Also included will be 5,000 square feet of ground-floor retail space, a new public plaza and a reconstructed 124-space municipal parking lot. A private 90-car parking garage reserved for the exclusive use of residents and monthly daytime parkers will be incorporated as well.

In addition, 28 Austin Street will offer a common roof terrace and garden.

The development is being built using GreenStaxx modular building technolog and will  feature rooftop solar panels to provide clean-sourced energy for powering the building.

“The biggest challenge was modular construction methodology,” HFF Managing Director Greg LaBine told MHN. “We overcame [that] by highlighting the extensive track record of the developer, the general contractor and the module builder, coupled with educating the lender on the overall modular construction process and its benefits.”

Newtonville is located just west of Boston near the Massachusetts Turnpike and within steps of the MBTA commuter rail and an assortment of retail venues.