For perhaps the first time ever, Fannie Mae and Freddie Mac will probably fall short of the amount they are able to lend. 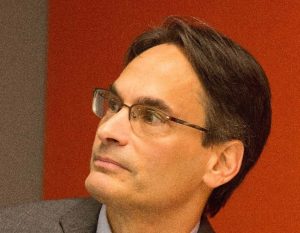 Multifamily transaction activity has slowed so much in recent months that the government-sponsored enterprises Fannie Mae and Freddie Mac—possibly for the first time ever—may not lend all the capital allocated to them by the federal government.

Through the end of October, Fannie and Freddie were nowhere near the $78 billion in allocations they were granted by the Federal Housing Finance Agency. Fannie originated $54.7 billion and Freddie $51.2 billion in the first 10 months of the year, according to the agencies’ public filings. With many in the multifamily industry putting their pencils on hold through year-end, there is little chance that the agencies will meet their lending capacity, probably ending the year at around $70 billion in originations.

That’s a bit of a shock because the GSEs have seemingly had unlimited capacity in recent years, given the strong demand for multifamily debt and increasing property values. However, market conditions changed rapidly this year as rates increased and the economic prospects grew more uncertain.

One cause for the declining volume is tepid borrower demand. GSE mortgage rates started the year in the 3 percent range, even less on some high-quality, low-leverage loans. But now GSE loan coupons generally are in the 5.5 percent to 6.5 percent range, and higher for small-balance loans. Unless a borrower is desperately in need of financing, most are inclined to wait.

Another issue is that the volume of property sales, a big source of originations, has come to a screeching halt as the bid-ask spread has widened. Buyers factoring in the higher cost of capital and wanting to avoid negative leverage are seeking increased yields, and sellers are resisting unless they absolutely must make a deal. Meanwhile, the GSEs themselves may be content not to bid aggressively, given the uncertainty about the direction of multifamily rents and the larger economy. 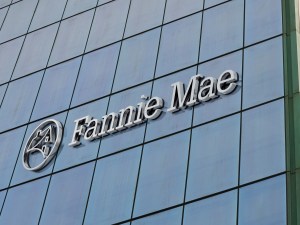 The GSEs’ mission includes being a source of liquidity when other lenders are inactive, so Fannie, Freddie and HUD will not abandon the market even as they are being careful about extending credit. But the newfound caution raises questions about how the GSEs can cut back and still fulfill their mission of financing affordable housing. The FHFA requires that half of GSE loans be backed by properties with an affordable component. Creating and preserving affordable housing is a major policy priority of the Biden administration and FHFA Director Sandra Thompson, who was appointed to the role a year ago. Record-high growth in multifamily rents in 2021 was caused in part by the shortage of housing in the U.S.

Unlike the single-family market, where lending to low-income borrowers involves a trade-off with loan quality and default rates, affordability has not historically created a significant multifamily default risk. Multifamily properties affordable to lower-income households have no shortage of demand, and properties that use tax credits or cater to low-income households have a strong performance record.

In a bow to market realities, the FHFA recently cut the GSEs’ 2023 allocation to $75 billion, $3 billion less than 2022. Interest rates are likely to remain elevated through 2023, and demand for mortgages is not expected to recover quickly.

Fannie and Freddie have been so successful at capturing market share in recent years that there have been calls in Congress and among banks to reduce their lending capacity. Former FHFA Director Mark Calabria tried to implement policies to reduce the GSEs’ competitive advantage and increase the market share of private lenders. However, significant changes to the multifamily lending system that would reduce the GSEs’ role would have to be approved by Congress, and there is little agreement about the details of reform and little appetite to expend political capital to implement change. Consequently, major changes are unlikely anytime soon.