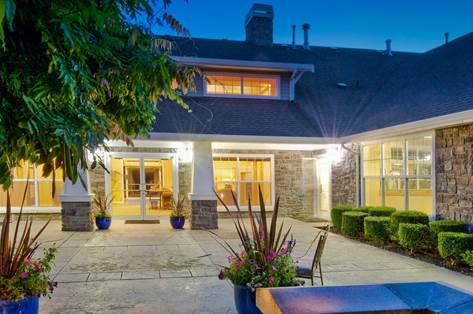 According to Yardi Matrix data, the transaction was subject to a $92.8 million Fannie Mae loan originated by NorthMarq Capital. Griffis bought the asset from Grosvenor. The property last changed hands in 2013 for $88 million, or roughly $168,000 per unit.

The community was built in 1999 and offers one-, two- and three-bedroom units from 659 square feet to 1,133 square feet. The apartments feature wetland and greenbelt views, private decks and patios, and in-home washers and dryers. Common amenities include a clubhouse with a business center and full kitchen, outdoor heated pool, outdoor lounge areas, and available carports and detached garages.

Bothell, which is one of the Eastside cities in metro Seattle, has seen considerable population growth recently. In 2010, about 33,500 people lived there, according to the Census Bureau; now, nearly 43,000 do. Biotech is a rising industry in the area.

The investor is no stranger to the greater Seattle market. Earlier this year, the company acquired the 233-unit Berkshires on Elliott Apartments, a community in the downtown Seattle neighborhood of Belltown. It too was renamed, becoming Griffis Belltown Seattle.

At the time, Griffis Residential Co-CEO Ian Griffis noted that, “While the supply of apartments in Seattle is expanding, the long-term economic future of this innovation hub is appealing. Demographics continue to favor the apartment industry going forward.”

With the latest acquisition, Denver-based Griffis Residential owns and manages about 8,000 apartment units in Colorado, Texas, Nevada and Washington. The company says that other target markets include Portland and metro San Francisco.