The company will rebrand the community in Maitland, Fla., as Luna at Lake Shadow. 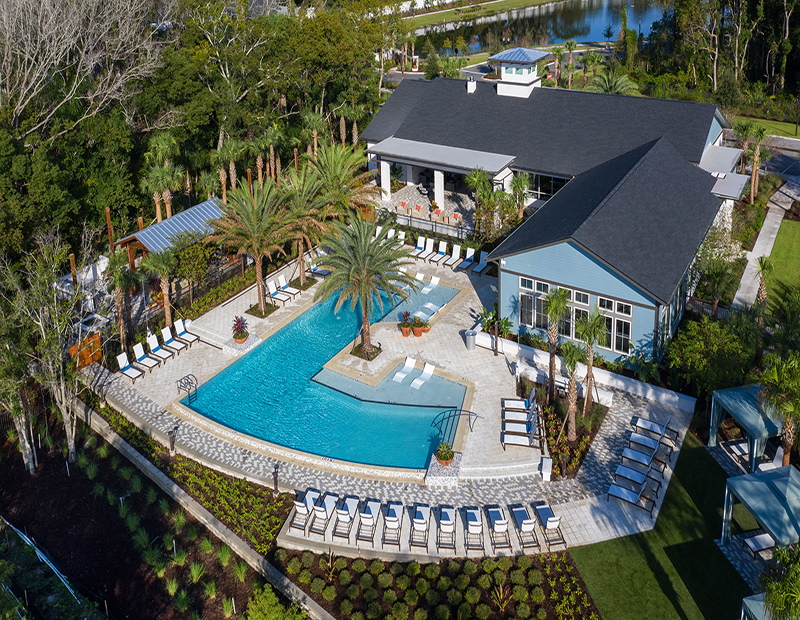 Fundrise has made another acquisition in Florida following its Sunbelt-focused multifamily investment strategy. The company acquired Lake Shadow Apartments in Maitland, Fla., from Bainbridge Cos. for $83.1 million.

Regions Bank also provided an undisclosed amount of funding for the direct acquisition between Fundrise and Bainbridge. Bainbridge previously sold off another Florida community offering 240 units in Tampa for $58 million in December.

As for Fundrise’s Orlando-area acquisition, the new owner will be rebranding the community to Luna at Lake Shadow. The 300-unit community was built with one-, two- and three-bedroom floorplans that range in size from 770 to 1,417 square feet. According to Yardi Matrix data, Luna at Lake Shadow was completed in 2020 and is 89 percent occupied.

Ben Miller, co-founder & CEO of Fundrise, said in prepared remarks that the company expects the Orlando market to continue its population and job growth in the coming years.

“We have a strategy to buy in high growth markets in the Sunbelt,” Miller told Multi-Housing News. “We’re very bullish on residential property in Orlando broadly, this is not the first and won’t be the last.”

Fundrise’s acquisition of Luna at Lake Shadow marks its fourth direct acquisition of a multifamily property since March, totaling more than $285 million invested. In March, the company acquired Lotus Starkey Ranch, a 384-unit community in Odessa, Fla., for $87 million. Similar to its latest acquisition, the Odessa community is also part of Fundrise’s strategy to acquire affordably-priced Sunbelt communities.

Outside of Florida, Fundrise acquired a 270-unit community in Georgetown, Texas, for $50 million in March as well. The company also closed with Goldman Sachs for a $300 million credit facility earlier this month that will finance nearly $500 million of newly constructed single-family rentals in high-growth markets across the Sunbelt.