Following a series of short-term reauthorizations, pressure mounts on lawmakers to make critical reforms to the National Flood Insurance Program. 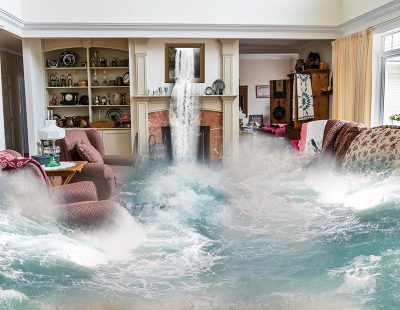 Just days before its latest expiration, lawmakers moved to provide the beleaguered National Flood Insurance Program with yet another short-term extension. The program, which was set to expire on September 30, provides critical protections for multifamily property owners with communities located in federally designated flood zones. The extension was part of a stopgap spending measure to keep the government funded through Nov. 21.

The extension comes as lawmakers try to reconcile differences between a House reauthorization and reform package and several proposals under consideration in the Senate. However, coming to an agreement on how to best restructure the fraught program in the hopes of returning it to solvency has proved to be a challenge.

The program has been on the brink of expiration for several years, with Congress settling on a string of short-term reauthorizations in the absence of a long-term plan for reform. In fact, Congress has issued more than a dozen short-term reauthorizations—often coming at the last minute—creating uncertainty in the affected markets. Adding to the urgency is that extreme weather events are becoming more common, elevating risks for multifamily property owners and their residents.

In the absence of a robust private flood market, the government-run NFIP is the largest provider of flood insurance ensuring coverage is always available for every rental property threatened by flooding. The government makes participation in the program all but mandatory, as federal law outlines that federally backed loans like GSE or FHA multifamily loan products require apartment properties in areas with a high risk of flooding to have flood insurance, if they want to obtain financing. Too often, the only viable option is a policy through the NFIP—at least for the first portion of their risk.

This means that every time there is program hiatus, deals to buy, sell and refinance apartment properties in flood zones are thrown into disarray. Property owners cannot renew lapsed policies until Congress gets around to renewing the NFIP. As a result, real estate transaction volumes fall sharply every time the NFIP expires.

More recent program changes have relieved some pressure, although most apartment properties in flood zones still rely on the NFIP for some or all of their coverage. For example, earlier this year, federal officials implemented a new rule that clarifies that apartment properties are allowed to buy flood insurance from private companies in addition to the NFIP so long as it’s certified to be as good or better than a NFIP policy. The private policies are important, since they typically carry less restrictions on coverage and higher policy limits since the NFIP only insures up to $500,000 of the cost of a building—a fraction of the cost of a typical mid-rise apartment building.

The biggest challenge to securing any type of long-term reauthorization for the program is that the program is deep in the red. Hurricanes Katrina, Rita and Wilma hit the program hard in the early 2000s and it’s been difficult to get the program on more stable footing ever since. More active hurricane seasons and elevated flooding activity have become more common, resulting in the NFIP having to support more payouts and larger sums.

As part of the Biggert-Waters Flood Insurance Reform Act of 2012 that renewed the program for five years, Congress attempted to bring more income to the NFIP by allowing it to charge higher insurance premiums. However, the higher premiums proved so unpopular that Congress reversed or delayed many of them in 2014.

With each new hurricane season, the NFIP continues to rack up new debts, most recently in the wake of Hurricane Dorian and Tropical Storm Imelda. The NFIP’s debt load has climbed over the $20 billion mark, leaving experts to believe that some major reforms are going to be needed to return the program to solvency.

Congress has several proposals under review that would renew the NFIP for five full years. NMHC has been most closely involved with the bipartisan proposal that passed the House Financial Services Committee in June 2019 under the leadership of Chairwoman Maxine Waters (D-Calif.) and Ranking Member Patrick McHenry (R-N.C.).

The proposal includes reforms important to apartment owners, such as allowing the NFIP to create umbrella insurance policies that cover more than one building. This is a critical program improvement, as under the existing program rules, an owner of a garden apartment community, for example, would need to arrange a separate flood insurance policy for each building on site.

Another key reform is requiring NFIP premiums to reflect alternative mitigation steps that multifamily firms may employ to deal with flood risk. Currently many proven—and expensive–mitigation techniques result in no reduction in premiums for apartment properties.

On the other hand, a new proposal in the Senate, championed by Sen. Bob Menendez (D-N.J.), would cap the premiums charged by the NFIP and attempt to create a fairer process to handle claims. The Senate proposal would also allow the NFIP to stop paying interest on the $20 billion in debt the program has racked up paying claims from recent hurricanes and dedicate those amounts to mitigation efforts.

The hope is that members of Congress will quickly work to reconcile the differences between the various proposals. A longer-term solution would mitigate much of the market disruption that ensues every time the program bumps up against its expiration. With a new looming deadline, the clock is ticking once more. NMHC continues to press Congress to enact a long-term reauthorization of the NFIP and implement key reforms to better allow the program to mitigate the flood risk faced by multifamily property owners.