To attract residents, the companies are partnering to install charging stations across a dozen states. 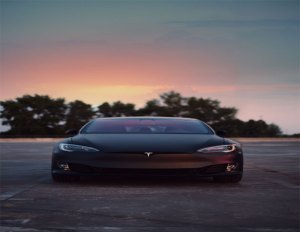 Image by Dmitry Novikov via Unsplash

Private investment firm Starwood Capital Group is partnering with electric vehicle charging company EnviroSpark to install more than 400 charging stations in 82 Starwood Capital multifamily communities nationwide. Expected to largely be completed during the coming 6 to 12 months, the largest such deal for a single multifamily owner will bring EV charging access to more than 55,000 people across a dozen states.

“We felt where (EV charging) would do the most good is where people live, because there’s nothing like waking up with a full tank and not having to fill up,” EnviroSpark founder & CEO Aaron Luque told Multi-Housing News. “The idea of driving to the mall and sitting there for 30 minutes to charge is not attractive. We thought if we can get charging stations into apartment communities, that would go a long way.”

Two primary barriers stymie adoption of electric vehicles, he added. “The main reasons people weren’t getting them is the awareness factor,” he said.

“They didn’t realize the benefits of owning an EV. The second reason is even if they were aware, thought it was cool and wanted to get one, a latent fear existed that even if they go an electric car, they wouldn’t be able to find a place to charge one.”

Placing chargers in apartment communities should tear down the latter barrier, he said.

Officially, the window of time for expected completion of the project extends up to a year. But EnviroSpark is setting a goal to have the initiative finished by the end of 2022.

A trio of prime challenges stand in the way of getting it done that quickly. “The first is permitting; the process of getting through these jurisdictions can be highly difficult,” Luque said. “The second one is the supply chain issues. Fortunately, we stock a lot of the equipment. The third is on the utility side. There is utility coordination that has to happen, and some of the utility companies are having labor challenges.”