One-fifth of realtors that participated in the National Association of Realtors latest survey on foreign investment in U.S. commercial real estate said they had closed a sale with an international client in 2016. They also expect increased sales and leasing activity involving foreign investors this year.

China was the top country for both buying and selling U.S. commercial real estate in 2016, with Florida as the top destination for all international clients, followed by Texas, according to the 2017 Commercial Real Estate International Business Trends survey, which was released recently by the National Association of Realtors.

One-fifth of surveyed realtors practicing in commercial real estate closed a sale with an international client in 2016, the survey found. Moreover, as foreign investors flock to smaller-sized commercial properties in secondary and tertiary markets, realtors also expressed confidence that there will be increased sales and leasing activity involving foreign investors this year compared with last.

Nearly two-thirds of commercial foreign buyer and seller clients in 2016 were non-resident foreigners. The top countries of origin for buyers were China (17 percent), Mexico (14 percent) and the U.K. and Venezuela (both at 7 percent). Sellers were typically from China (17 percent) or Brazil, Canada, France and Mexico (all at 10 percent).

Also, 22 percent of realtors said they completed a lease agreement on behalf of a foreign client. The median gross lease value for international lease transactions was $105,000, with most space typically under 2,500 square feet. 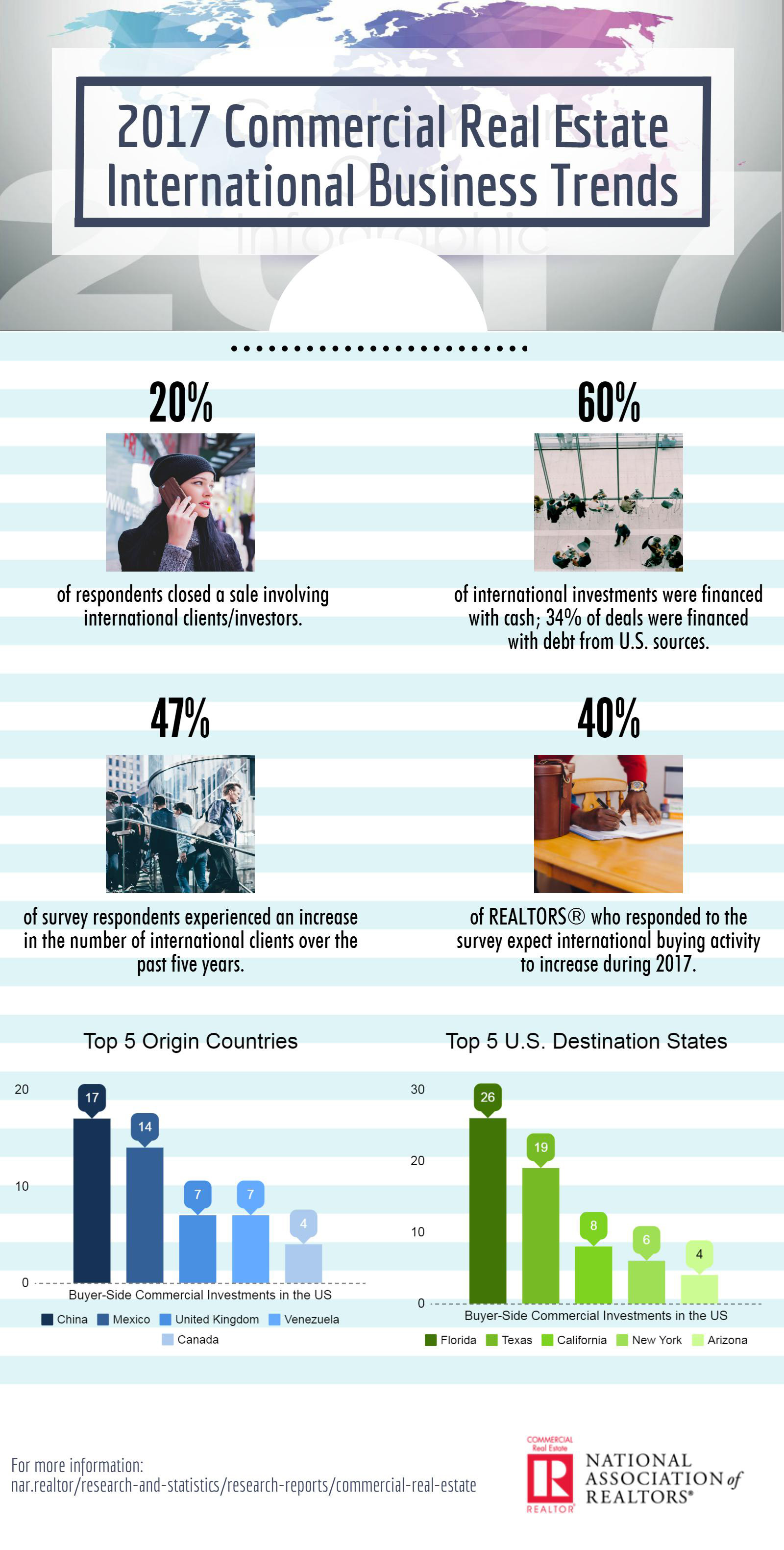