Economy Watch: Rents Rising in More Than Half of US

By the Editors of Multi-Housing News
July 12, 2017
NationalNews

Twenty-six states and Washington, D.C., saw rental increases during the first six months of 2017, according to a recent ABODO report. The largest average increases occured in South Carolina, Maine, Vermont and Rhode Island. 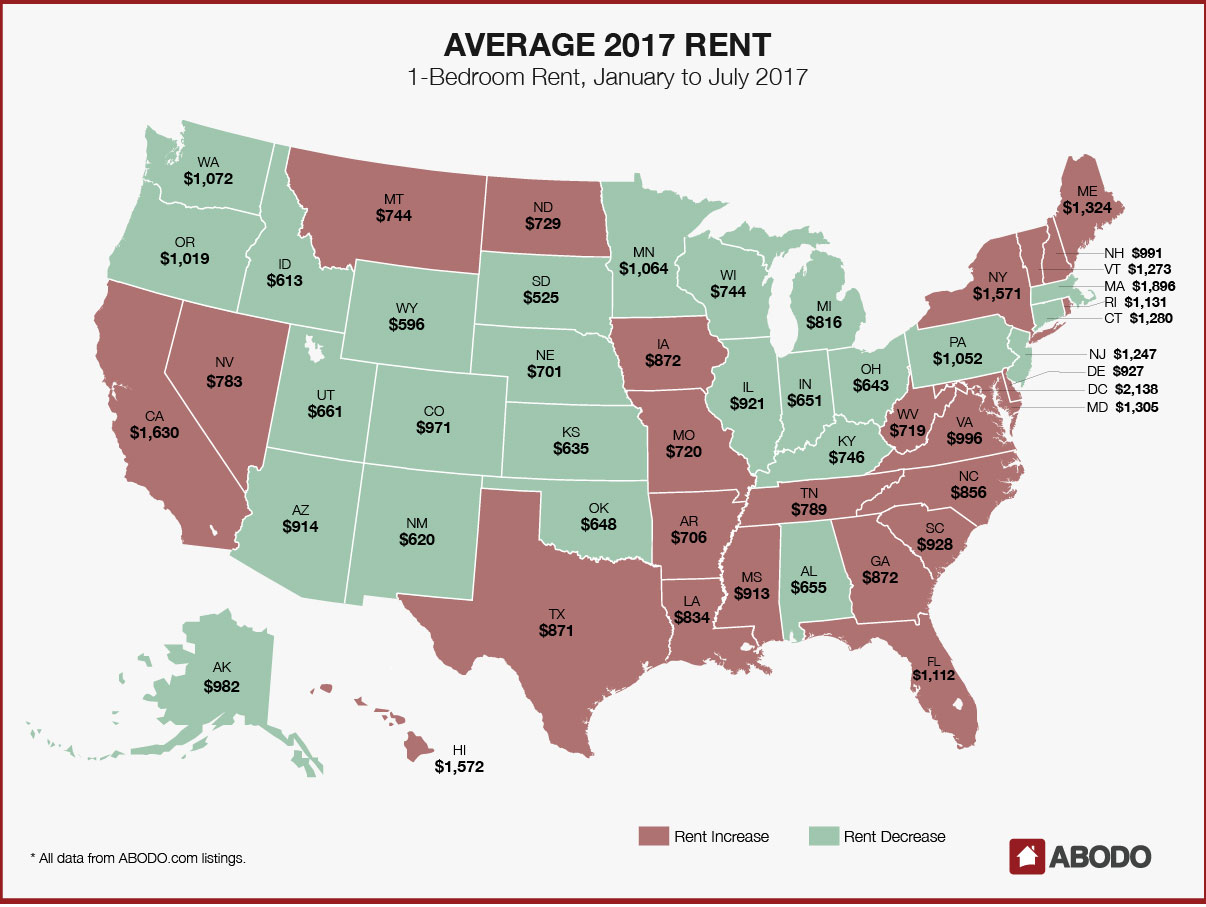 In its first midyear report on U.S. multifamily rental trends, ABODO said the national median rent fluctuated during the first half of 2017, but it ended up where it began: $1,016 for a one-bedroom. Prices fell from January to March, bottoming out at $1,003 before rising again in the spring. Regardless, national median rent stayed within 1.3 percent of its starting value.

The cities with the fastest-growing rents were between the coasts, the report noted, with eight of the top 10 cities for rental hikes in the South or Southwest. New Orleans led the way, with an average change of 6.3 percent and an average rent of $1,167. Glendale, Ariz. (4.7 percent, $764) and Houston (3.8 percent; $1,053), followed closely behind.