Could StoveTop FireStop Put Out Fires before They Get out of Hand? 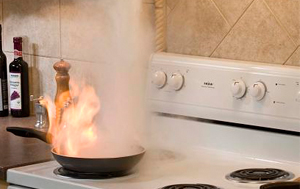 As the holiday season approaches, the United States Fire Administration has a warning. The kitchen is perhaps the most dangerous place in the home this holiday season. Thanksgiving Day boasts more than double the number of home-cooking fires than an average day. Each year, nearly 4,300 fires occur in the United States on Thanksgiving—and they cause nearly $27 million in property damage.

Beyond Thanksgiving, the number of reported home fires increases in the winter months, with December being the peak month. Even during the New Year, in January, February, and March, the leading cause of residential fires happens to be cooking.

This increase in fires can be attributed to unattended cooking. On Thanksgiving Day, food left unattended is the leading factor in the ignition of home-cooking fires. The hustle and bustle of the season causes people to be distracted or preoccupied. Six out of seven cooking fires occur when the cook is out of the kitchen. 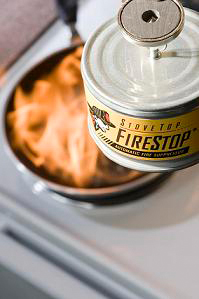 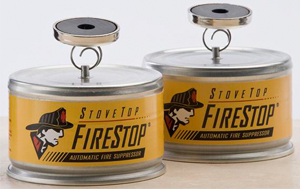 Fort Worth, Texas-based company Williams-Pyro offers an automatic stovetop fire suppressor, StoveTop FireStop, that could help in preventing many of these fires. StoveTop FireStop, which is about the size of a tuna can, is a canister that mounts under the vent hood using an industrial-strength magnet. Inside the canister is a fire-suppressing powder. When flames touch the canister, StoveTop FireStop pops opens to release the powder, which then smothers the flames. For multifamily owners and operators, this could be one way to prevent fires at their communities.