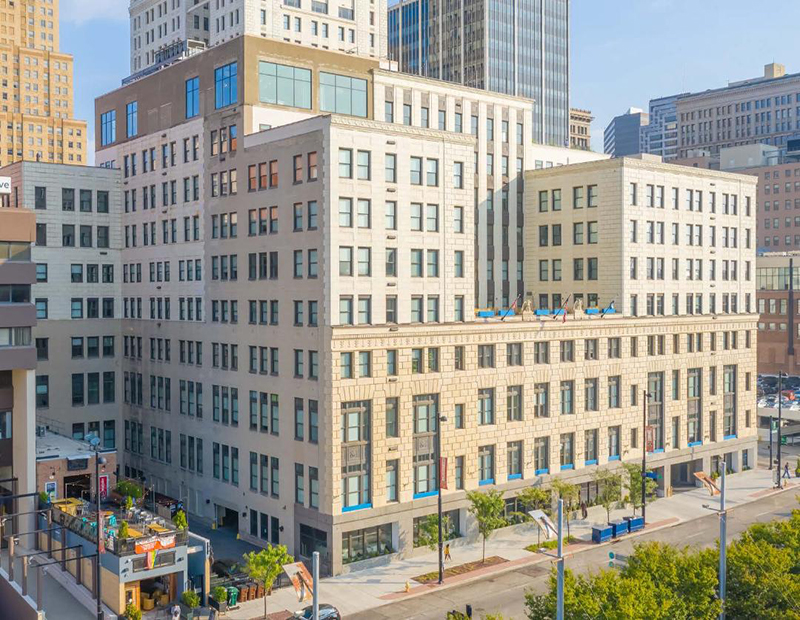 The loan, which was underwritten with a LTV ratio of 63.4 percent, has a two-year term and two single-year extension options. The loan was brokered through Draper and Kramer of Chicago.

Daniel Jacobs, head of origination at ACRE, a global real estate private equity and debt firm, said in a prepared statement CCA CBD Cincinnati represents a best-in-class multifamily development and is located in a market the firm believes is poised for long-term growth.

CCA, founded in 1919, is an owner, developer and manager of apartment, furnished short-term and penthouse mixed-use communities headed by CEO Jonathan Holtzman. The company, with offices in Detroit, Chicago and Toronto, acquired the property in 2016 as a vacant office building. CCA renovated and repositioned the property for about $70 million. It has 294 apartments ranging in size from studios and one-bedrooms to three-bedrooms and penthouses. The building also has 31,928 square feet of office space and 17,498 square feet of retail space. It has a rooftop restaurant, bar, dog park, indoor pool and spa with an outdoor deck and a theater. The apartments are currently 90 percent leased while the retail is fully leased and the office space is 67 percent occupied.

Also in Ohio, CCA is planning a project in downtown Cleveland at a site that formerly housed the Hippodrome Theater and is currently a parking lot. CCA’s initial proposal, which is still being reviewed by city officials, includes retail on the first and second floors and a mix of studio, one-, two- and three bedroom rentals above that would range in size from about 405 square feet to 1,400 square feet, according to The Plain Dealer newspaper.

CCA, which has a $2 billion portfolio of about 10,000 apartments in 30 urban and suburban-urban communities, also has another $750 million under development or construction in Cincinnati, Detroit, Chicago, Pittsburgh, Minneapolis, Kansas City, Mo., and Louisville, Mo., with an expansion planned for the East Coast

In January 2019, ACRE provided a $70.5 million bridge loan for East SDG Citi Tower LLC to refinance Citi Tower, a 233-unit multifamily community in Orlando, Fla. The 25-story building was constructed in 2017 at 101 Lake Ave., one block south of Lake Eola, and has a mix of studio, one-, two- and three-bedroom units.

More recently, ACRE made one of the largest deals in the Miami multifamily market in the first part of the year, when it acquired a two-property, 420-unit portfolio from Aileron Capital Management for $81.4 million. Also in Miami, ACRE and Global City Development started construction in February on MiMo Bay Apartments, a 236-unit mixed-use waterfront project that is a joint venture between ACRE and a large Canadian pension fund.