Low vacancies and increased rents are boding well for the company. 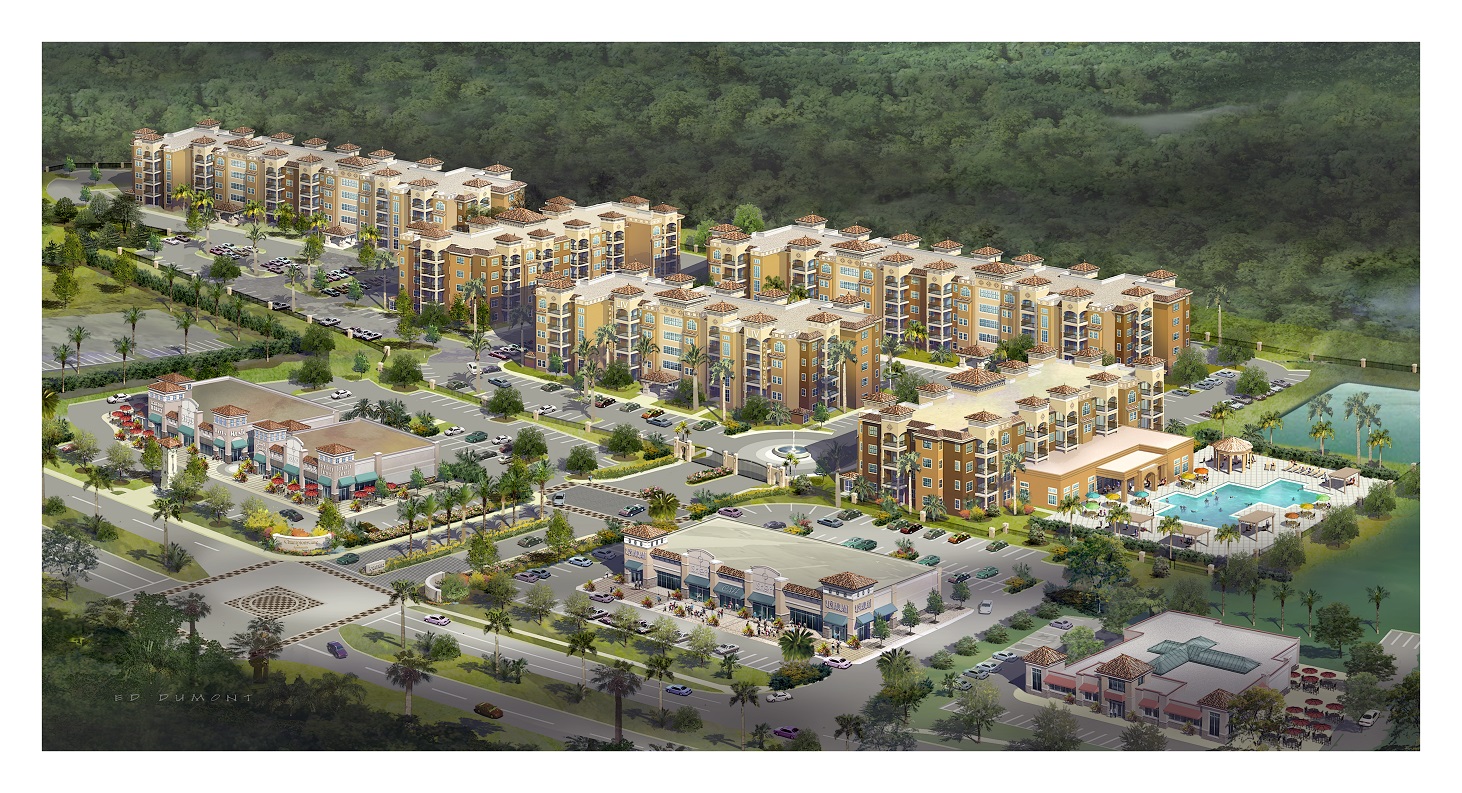 Davenport, Fla.—ChampionsGate Ventures LLC has broken ground on ChampionsGate, a $32 million apartment development in Davenport, Fla. The gated community will feature 308 residences and a resort-style clubhouse in five buildings on 11.6 acres.

The property will feature one-, two- and three-bedroom units ranging in size from 829 square feet to 1,470 square feet. Secured building entrances, air conditioned corridors and elevators will provide access to each of the units.

The development is in the master planned ChampionsGate Development off I-4 southwest of Orlando. Davenport is a small town in Polk County, which is in central Florida, and could be considered on the very outer edge of the Orlando market (though officially it’s part of the Lakeland–Winter Haven MSA).

According to MPF Research, greater Orlando’s apartment occupancy rate came in at 95.9 percent at the end of Q1 2015. With relatively few vacancies, operators increased rents 0.8 percent quarter-over-quarter in the first quarter, with annualized rent growth at 4.7 percent for a second consecutive quarter.

The ChampionsGate project’s architect is James S. Carr & Associates of Malvern, Pa. The development is expected to be completed in early 2017.