Located a stone's throw from the University of Michigan campus in Ann Arbor, 411 Lofts came under new ownership in February. 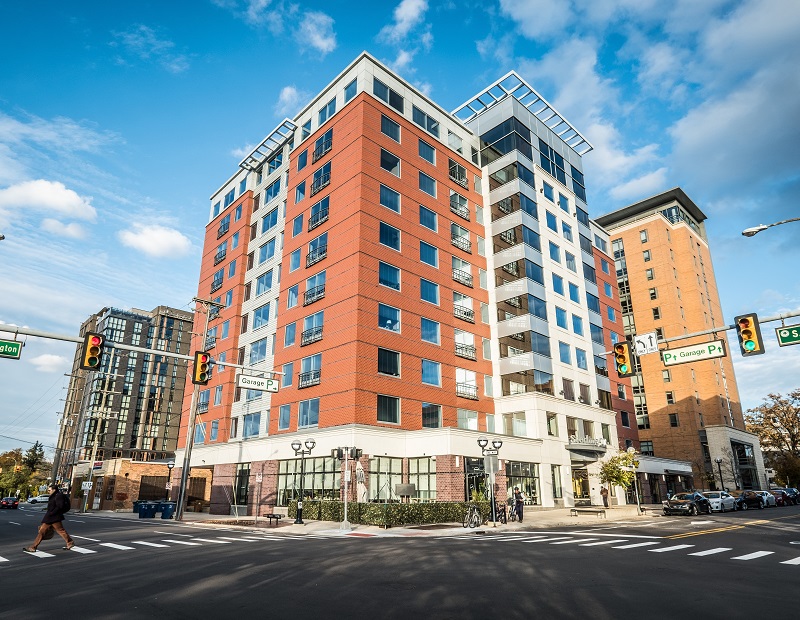 SmartStop Asset Management has selected Asset Campus Housing to oversee operations at the firm’s 411 Lofts, a 345-bed student housing community in Ann Arbor, Mich. SmartStop acquired the building in February for $43.8 million from The Dinerstein Cos., according to public records.

Located at 411 E. Washington St., the 10-story community sits three blocks from the University of Michigan’s campus. Interstate 94 runs two miles west, providing direct access to Detroit, 40 miles away. The asset is well-connected to the city by a number of bus routes operating in the immediate area.

The community, which opened in 2011, contains a mix of one- to four-bedroom apartments, ranging in size from 400 to 1,187 square feet. For the 2017-2018 academic year, the asset was 98 percent leased, according to the owner. Amenities include complimentary laundry services, tanning beds, a 10th-story sky lounge with a fitness center and climate-controlled subterranean parking. Two restaurants operate inside the building at street level.