The finding is a highlight of the latest report from NAA and NMHC. 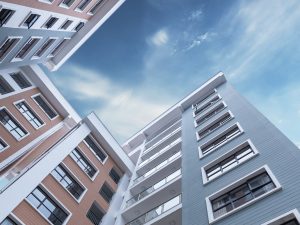 Image by Cytonn Photography via Unsplash

A new study commissioned by the National Multifamily Housing Council and National Apartment Association reveals the U.S. needs to build 4.3 million new apartments by 2035 to address demand, deficit and affordability.

The data features as estimate of future demand for apartments in the U.S., the 50 states and 50 metro areas, as well as the District of Columbia. The study defined apartments as rental apartments in buildings featuring five or more residences.

READ ALSO: What’s the Future of US Apartment Demand

“The new demand research shows that despite economic uncertainty and the growth during the pandemic in single-family sales and new products such as build-to-rent, the underlying fundamentals for multifamily remain strong,” Caitlin Walter, NMHC vice president of research, told Multi-Housing News.

Among the noteworthy takeaways of the research were:

Underbuilding that largely resulted from the 2008 financial crisis brought about an existing 600,000 apartment home deficit, which is included in the 4.3 million units needed. Another 3.7 million must be built to meet future demand.

A decline of 4.7 million affordable units (with rents of less than $1,000 monthly) took place between 2015 and 2020. Apartment demand also factors into a forecasted 3.8 percent hike in the homeownership rate.

Levels of immigration tapered pre-pandemic and remained low. This impacted apartment demand, which will be driven higher with more immigration.

Some 40 percent of the future demand for apartments will come from just three states: Texas, Florida and California, which alone will require 1.5 million new units in the next 13 years.

In a prepared statement, an NAA official acknowledged the challenging conditions that materially changed U.S. demographics, and called on the nation to replace a decades-long trend of underbuilding with a responsible and sustainable policy that will meet the demand and address loss of “missing-middle” and affordable housing.