WinnDevelopment and GDD Properties are repositioning the 1868 Sibley Building as Sibley Square. 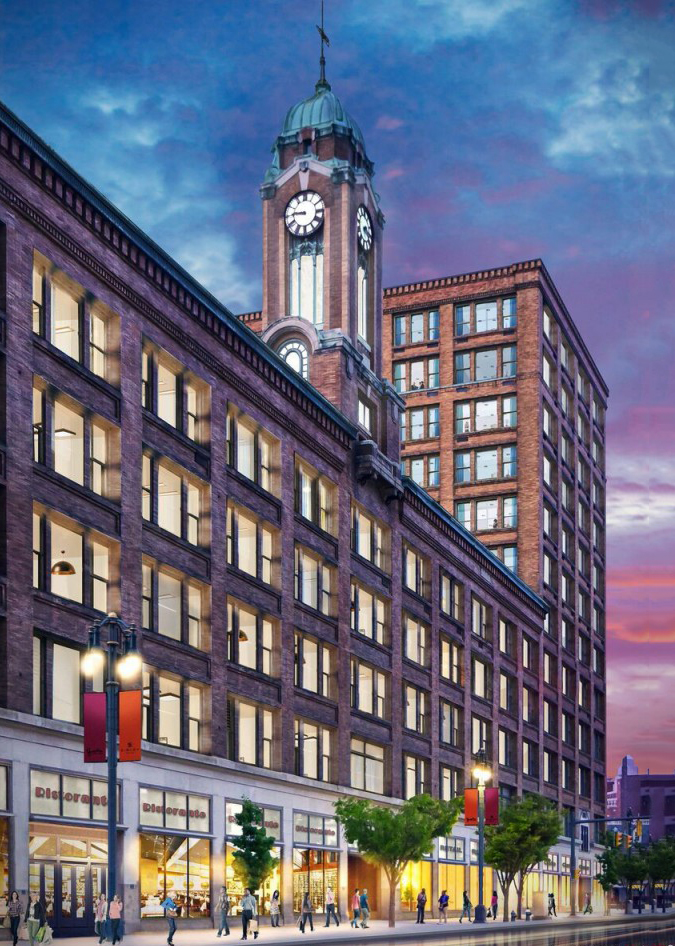 Rochester, N.Y.—WinnDevelopment and GDD Properties have broken ground on a $200 million redevelopment of nearly 500,000 square feet of Sibley Square in downtown Rochester, N.Y.

The 1868 Sibley Building, which WinnDevelopment acquired in 2012, has been repositioned as Sibley Square, and will feature a five-story main building and a distinctive 12-story tower—nearly 1 million square feet in total.

“The finished property will deliver a live-work-play dynamic that will be a cornerstone in the economic revival of downtown Rochester,” Joseph Eddy, WinnDevelopment’s vice president, told MHN. “This is a true mixed use mixed income project on a massive scale, the kind of development that makes good things happen in a ripple effect.”

The first phase of the development will include the construction of 96 modern luxury apartment homes on the 9th through 12th floors, retail on Main Street, office space in the mid-rise, 72 active senior living apartment homes, and a complete rehabilitation of the entire façade and windows of the building.
“WinnCompanies prides itself on bringing together public and private partners to invest in opportunities to transform under-valued properties in primary and secondary urban markets,” Eddy said. “No company is better at adaptive reuse projects like this. We have done more than 30 of these types of transformations in the Northeast and Mid-Atlantic regions.”

The building has been the center of economic and social life in Rochester for decades. It is right in the center of the city’s downtown and only blocks away from popular retail shops, restaurants, public services and cultural attractions.

“Sibley is the centerpiece of a concerted effort by public and private sector leaders to re-imagine downtown Rochester,” Eddy said. “There is a great deal of investment underway in the immediate area that is designed to generate economic stability and activity for the long term. This project also is creating hundreds of construction jobs. Over time, it will become a key ingredient in region’s emerging innovation economy, generating thousands of stable, well-paying jobs.”